Newsroom transformation not all about cost takeout

Many in the news industry know Harding from his years as senior managing director in telecommunications, media and technology at FTI Consulting, from his time as vice president of operations and distribution for Tribune Publishing or from his past as an architect who designed newspaper buildings.

Jumping into the job, Harding got busy leading newsroom transformations at Hearst’s five metros: Houston Chronicle, San Antonio Express-News, Albany Times Union and Hearst’s Connecticut papers. (Hearst owns eight papers in the state: the Connecticut Post, Greenwich Time, The Middletown Press, New Haven Register, News-Times, The Norwalk Hour, The Register Citizen and Stamford Advocate). He planned to do the San Francisco Chronicle later in August. “We’re trying to make the business more effective in many different ways than just cost takeout,” he said. In fact, his workshops are “nothing about cost takeout at all.

The workshop has five components and a scorecard for each newsroom: culture and mindset, operations, content and topics, workflow and metrics, which drill down to the reporter level. 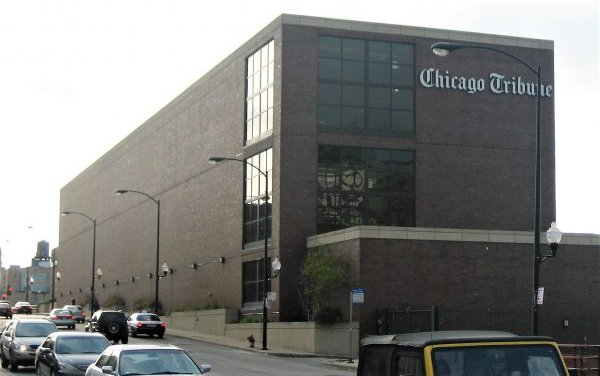 Among the workshops’ goals is to phase out legacy print production systems to get to 100% digital workflow. “We’re kind of halfway there. We have one paper that fully writes everything in the digital CMS, nothing in a print pagination system, but most of the papers are still a mix. The digital CMS has much more capability in terms of links and SEO,” Harding pointed out, and Hearst wants staff to think about content for the digital audience all the time. Creating a great print paper remains a goal. “I don't love the term, but really, it is digital first.”

Harding noted that Hearst still has larger newsrooms than many of its public competitors and has no current plan of cutting to six days for the big dailies as some papers and chains, most notably McClatchy, have done.

“If we did go to six-day, it would be more to give carriers a day off than it would be to save the money. Because it’s a tough business to get carriers right now,” he reported.

Harding is working on a project across Hearst, focused on finding new ways to make route structure more sustainable. “Delivery is almost broken in some areas because we’ve lost so much circulation, and it’s hard to get carriers anymore with all the gig economy and Uber and Postmates.”

“Print subscription revenue is still a very meaningful amount of our total revenue and still highly profitable,” according to Harding. Hearst is currently running three print sites: in California, Texas and New York. In July, the company moved the printing of its Connecticut papers to the New York site in Albany.

The San Francisco Chronicle just moved some of the weekdays from four sections to two.

“On the print side, we're doing everything we can not to accelerate print declines,” including focusing on reduced churn and improving delivery. Hearst is testing mail delivery in San Antonio. “You really won't know (the results) until you get through a couple of monthly cycles, where people have the opportunity to renew or decline. So, we're just watching,” he said.

Hearst has an e-commerce initiative on the way after hiring Chief E-commerce Officer April Lane, who has a background at Amazon.

Partner News
Nominations open for the "10 That Do It Right" class of 2023
Each year Editor & Publisher Magazine (E&P) and the Local Media Consortium (LMC) recognizes companies that've done the impossible through successful innovation, implementing cost savings or developed new programs that have generated huge increases in revenue or audience.
E&P's "25 under 35" nominations extended!
We need your help in recognizing the next generation of news publishing leaders,. We’re talking about people who are young, bright, and capable of tackling whatever the changing news media climate throws at them. Please help us by nominating a news publishing up-and-comer (or yourself) for our “25 Under 35” feature story that will appear in our February 2023 issue.
Number of SMBs Double, But Ad Spending Goes Stagnant?
It's going to be a rough year for local advertising in 2023. Borrell is forecasting that growth will be at a near-standstill, held back by a combination of economic pressures and a dramatic reshaping of the type of businesses now operating in each market. Borrell will unveil its forecasts and describe the change in business composition during a 45-minute webinar at 11 a.m. Eastern on Thursday, Nov. 17. The webinar is free.
PressReader and The Economist deepen partnership
The Economist and PressReader have announced an expansion of their strategic partnership to further broaden the publication’s digital distribution and increase group subscriptions. The continued and deepened partnership helps PressReader carry out its mission to empower and enrich curious minds by bringing a universe of quality content within reach.
Doorfront Direct celebrates five-year anniversary
Doorfront Direct, the nation’s largest independent magazine and catalog delivery network, celebrates its five-year anniversary on Dec. 5.
New Jersey media company selects SCS to provide integrated, front-to-back advertising and production solution
In October 2022, Seawave Corporation, publisher of the Cape May County Herald in Rio Grande, New Jersey, signed a contract with SCS to implement the Community Advertising System to standardize and modernize its advertising and production workflows.