Millions of dollars for news, shrouded in mysterious deals 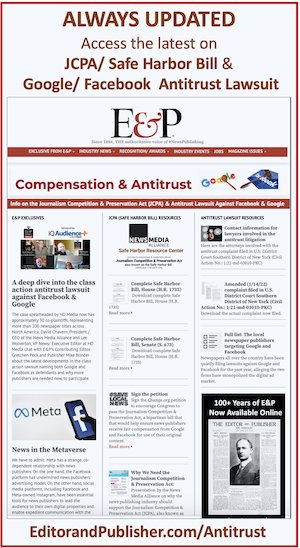 Legislation, known as the News Media Bargaining Code, has enabled Australian news organizations to extract more than $200 million in the year since it went into effect. As a result, the public Australian Broadcasting Corporation can place at least 50 new journalists in underserved parts of the country, while the McPherson Media Group, which publishes such papers as the Yarrawonga Chronicle and the Deniliquin Pastoral Times, expects tech money to fund up to 30 percent of editorial salaries. ...

Now, Facebook and Google (whose parent companies are Meta Platforms Inc. and Alphabet Inc., respectively) are on the defensive as more countries consider their own versions of Australia’s approach.

How much longer can Google own the internet?

Support for more regulation of tech companies has declined in U.S., especially among Republicans