NPR welcomes the election of four new Trustees to the NPR Foundation Board this fall with three-year terms beginning in October 2021.

The NPR Foundation provides current and long-term financial support for NPR, in service of NPR's mission to create a more informed public. In addition to securing direct funding for NPR and prudently managing the assets of the Foundation, it supports nationwide recognition and celebration of the generous donors dedicated to public media. NPR's Foundation board of trustees is currently comprised of 54 elected trustees, the chair of the NPR Inc. board of directors, the chair of the Development Committee of the board of Ddrectors, and the NPR president and CEO. 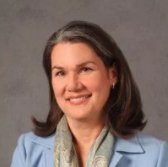 Suki Carson is an active leader and supporter of nonprofits focused on literacy, the expansion of financial opportunity for women, and the building of community institutions. She is past-chairman of the Library Foundation of Memphis and past-president of the Junior League of Memphis, as well as having chaired board committees in Strategic Planning (Memphis University School, Junior League of Memphis), Finance (Women's Foundation of Memphis, the Junior Leagues of Northern Westchester and Memphis), and Visual Arts (Dixon Gallery and Gardens).

Carson received her BA from the University of Virginia and her MBA from UVA's Darden School. In her early career, she worked as an analyst for Legg Mason (Washington DC) and as an investment banker for JP Morgan in New York. She lives in St Petersburg, Florida, and Kamas, Utah, with her husband, John Carson, who is the president of Raymond James Financial. They have four adult sons. 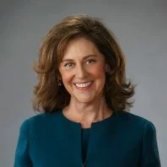 Lachs is a graduate of the University of Pennsylvania and Temple University Beasley School of Law. She is married to Dean Adler, a co-founder and principal of Lubert- Adler Partners, LLP, a national real estate fund headquartered in Philadelphia. They have two married daughters. 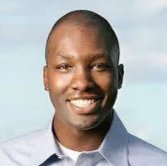 Jaison Robinson is a partner of Dream Variation Ventures, which makes investments across a broad range of industries including tech, sports, health, entertainment and real estate. He co-founded Dream Variations in 2020 with his wife, Jamie Van Horne Robinson, a former management consultant at Camber Collective responsible for advising philanthropic organizations such as the Bill and Melinda Gates Foundation and the Hewlett Foundation, among others. He is also the founder of JJM Investments, LLC which has completed more than $600M in real estate transactions in the five years since its founding. He was a contestant on the television show "Survivor" in 2009.

Robinson earned a BA from Stanford University and a JD from the University of Chicago. 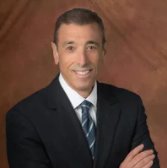 Steven Summer was named president and CEO of the Healthcare Institute (HI) following his retirement in 2019 from the Colorado Hospital Association (CHA). HI is composed of 35 of the most progressive, successful, and admired nonprofit hospitals and health systems in the country. He serves as chairman of the board of directors of Kavod Senior Life — a senior living community in Denver. In 2018, he joined the KUNC board of directors and chairs the Governance Committee. He is an active volunteer in the community and sits on two Arapahoe County Council appointed panels. He currently sits on two corporate boards. Summer is a Life Fellow in the American College of Healthcare Executives (ACHE). In 2010 and 2019, he received ACHE Regent's Award.

Industry News
Chris Cuomo talks about his suspension: ‘It’s embarrassing’
Many in media circles believe Cuomo should be fired, but nobody seems to have a good read on whether CNN actually will fire him.
Twitter’s new privacy policy could clash with journalism
How the company will balance newsworthiness and the public interest with its desire to protect individual privacy is unknown. Some photojournalists say they are concerned that the new policy, and the lack of clarity around its terms, could make their jobs even more difficult.
FTC: Let digital subscribers click to cancel. Newspapers: Hey, not so fast.
A look around the internet suggests the FTC hasn’t scared news orgs into immediately changing the options they offer online.