...in a panicked situation, when rumor, hyperbole and confusion spread. Our job is to go and verify what is and what isn’t true, and to get that news out to people, because accuracy and clarity matter a lot.”
Zachary T. Sampson, investigative reporter with the Tampa Bay Times

Zachary “Zack” Sampson is on the investigative team at the Tampa Bay Times. He’s also a member of “the hurricane team,” which includes investigative, breaking news and beat reporters.

“We prepare for hurricanes here well before the hurricane even forms,” Sampson said. “They have a season, June through November, so we have hurricane training once a year to go through with the staff how to stay safe, what coverage expectations are and how to go about getting that coverage. Planning really starts in the springtime for us, and that puts us in a better position when chaos naturally breaks out, and a storm is approaching.”

“Hurricane Ian was a little bit different because, for a while, Tampa was within the cone of a possible landfall,” he said. 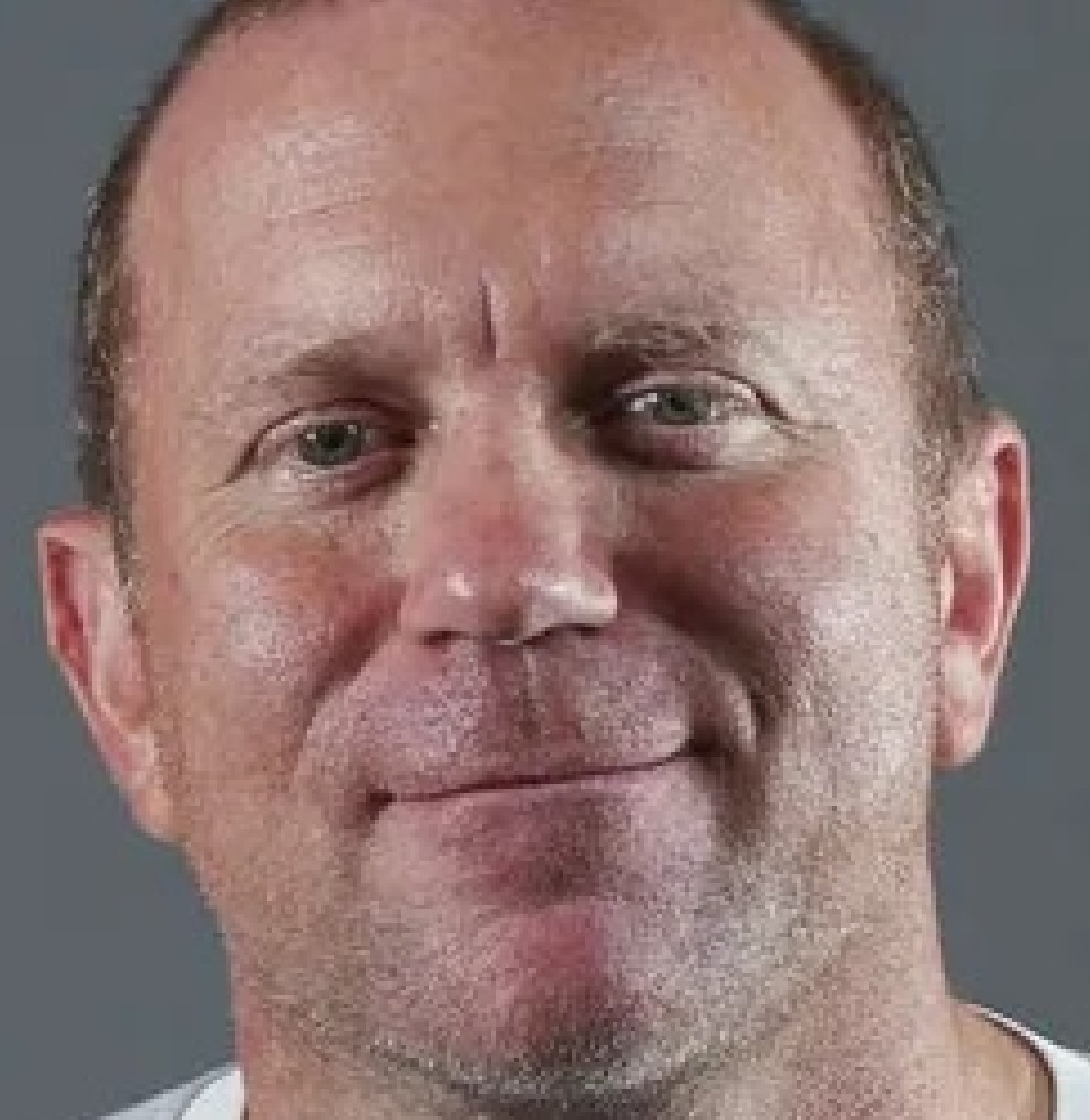 As the storm came closer, they began a period of pre-reporting around Tampa, but as it became clear the storm would head inland to their south, they had to recalibrate their plans and determine who would deploy to Ft. Myers and Naples. Sampson and his reporting partner, Douglas Clifford, were the first team to head south, while other members of the hurricane team were tasked to other vulnerable areas along Florida’s coast.

Sampson and Clifford managed to get a hotel in Ft. Myers, in an area that hadn’t been evacuated — about 12 miles inland from Ft. Myers Beach. They were equipped with “personal hurricane kits,” supplied by the publisher, which included things like tow straps, a fix-a-flat repair kit, extra gas cans and other emergency gear. They’d rented the largest SUV they could find.

Sampson and Clifford managed to get a hotel in Ft. Myers, in an area that hadn’t been evacuated — about 12 miles inland from Ft. Myers Beach. They were equipped with “personal hurricane kits,” supplied by the publisher, which included things like tow straps, a fix-a-flat repair kit, extra gas cans and other emergency gear. They’d rented the largest SUV they could find. 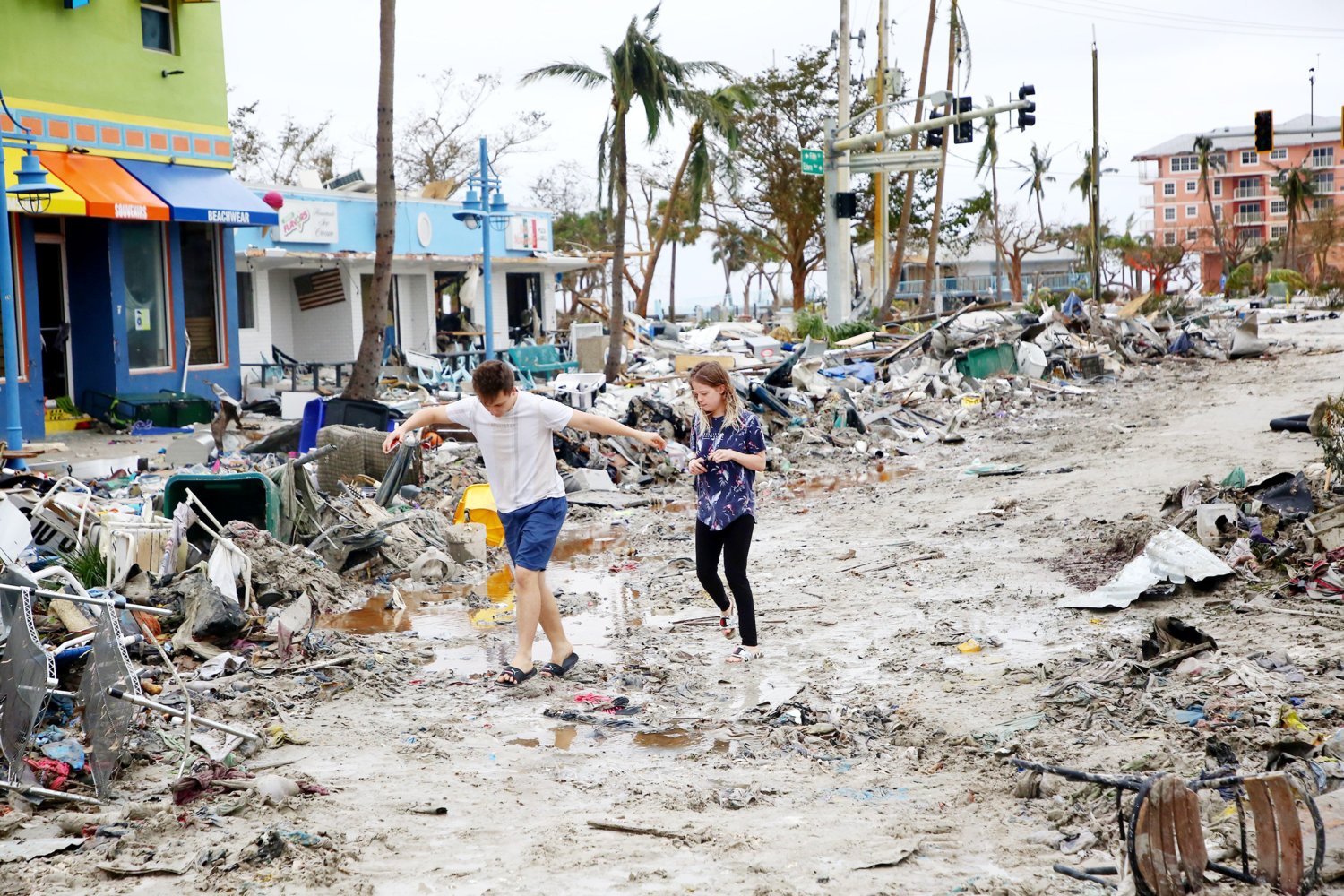 When they arrived in Ft. Myers, gasoline was already impossible to find, so the spare gas they’d transported proved vital.

They spent the hours before landfall stationed at the hotel, watching forecasts and local TV news, planning how they’d approach reporting once it was safe. Meteorologists began adjusting their predictions for storm surge, so they studied maps to see which communities might be impacted.

“We wanted to be safe but to also try to get the news out as quickly as we possibly could, particularly about the areas that were hit so hard, so that people could understand what had happened and how they could help people who are suffering,” he said.

Sampson recalled waking up on Wednesday morning — the day the hurricane made landfall on Florida’s coast — to already dangerously gusting winds. They worried that if they headed out, they might not make it back, so they pivoted.

Their hotel was teeming with people, full of local evacuees who’d come there for refuge, many with their pets. “These are people whose lives had been turned upside down in a period of 24 hours, so we talked to them to find out where they lived, about their experiences. And we filed a story from there before the storm hit, while we had power,” Sampson said. 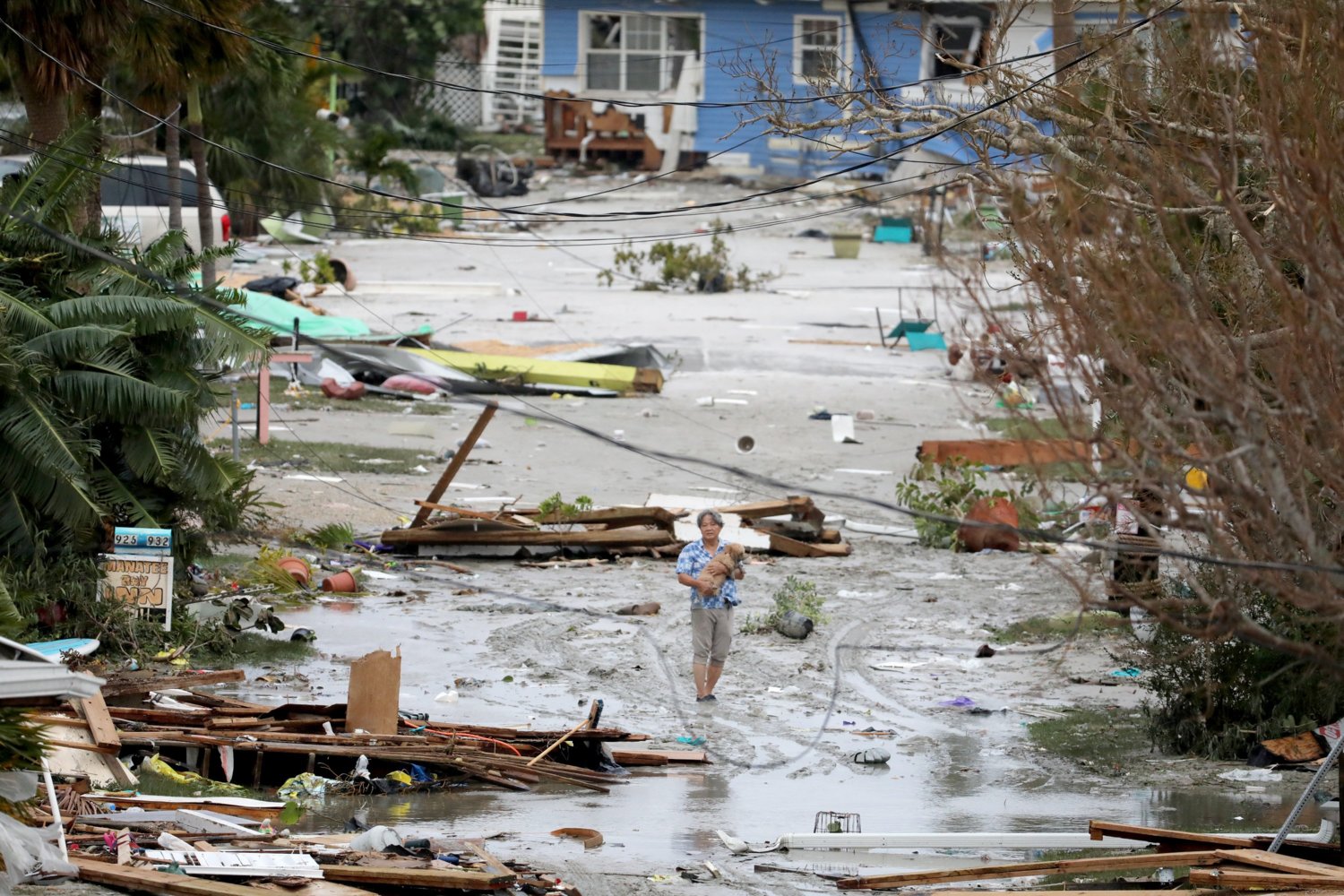 Pat Ton, holding his dog Ginger, takes in the damage to homes and businesses on 3rd Street at Fort Myers Beach on Thursday, Sep 29, 2022, which was mostly destroyed after Hurricane Ian made landfall overnight on Wednesday. (Douglas Clifford, Tampa Bay Times)

Sampson has not only been an investigative journalist, but he’s also worked as a general assignment reporter. He’s covered the environment and worked on the “breaking news and public safety” beat.

“I think all of those roles help me in different ways,” he reflected. “Covering a hurricane is really an exercise in the fundamentals of reporting, just put into motion during a higher-pressure situation. But what you’re doing is immediately trying to seek out the clarity of information as quickly as you can. You're trying to talk to people who are undergoing trauma as you’re talking to them, and that requires a sensitive and slow approach.”

“You’re also trying to decipher the truth,” he added. “Rumors spread quite a bit after a hurricane, and we were hearing rumors both online and in person that the Sanibel Lighthouse was wiped out. That wasn’t true. … That’s where breaking news reporting comes in — in a panicked situation when rumor, hyperbole and confusion spread. Our job is to go and verify what is and what isn’t true and to get that news out to people because accuracy and clarity matter a lot.”

Sampson approaches hurricane reporting rather simplistically: Be honest. Avoid sensationalism. Just describe what you’re seeing and hearing without “imposing yourself as a writer.”

“But, I think it’s important in our coverage not to allow people to be numb to what they’re seeing,” he said.

When E&P spoke with Sampson on Saturday evening, he was fresh back from Ft. Myers and glad to be home. The reporting on Ian will go on for weeks, months and possibly longer.

“Just last night, my colleagues Emily Mahoney, Romy Ellenbogen and Barbara Behrendt had a story about what’s on everybody’s mind: Did the evacuations come too late? Did the county officials call it soon enough based on the forecasts? That’s an accountability story. People are dead,” he said.

The newsroom will also follow up on stories about the relief efforts with a keen watchdog eye on how relief monies are used.

There are moments from the days in Ft. Myers that resonate with Sampson. He recalled speaking with a couple who hadn't evacuated from their home because they couldn’t find shelter for their pets. As the storm surge began to rise in their home, they ascended to the second level, but the water followed them. They escaped by grappling a kayak that was floating high in the surge.

“What a harrowing thing to experience, and what a difficult thing to go through. They’re fortunate to have survived,” Sampson said.

“I don’t think people realize how violent storm surge can be,” he added.

He also remarked on the callous condemnations of people who don’t evacuate even when advised. There can be many reasons behind those decisions, not the least of which are age, health and wealth.

Another image that lingers in his mind is the site of the Sanibel Island causeway, ripped to shreds by the storm. “There were huge 8,000-lb pieces of asphalt just cut up, flipped over, bent and curved by water — by the force of the storm surge. Imagine the power to do that! It’s something I'll never forget.”

On the ground in Florida, recovery efforts are underway. Sampson explained that in the immediate aftermath of a catastrophic event like this, what you’ll find are neighbors helping neighbors — that is, until the government and other agencies can bring in their infrastructure to help. If the members of the news community would like to help from afar, Sampson recommended using an app like Charity Navigator to ensure donations are well spent.