Climate Journalism is About Empowerment 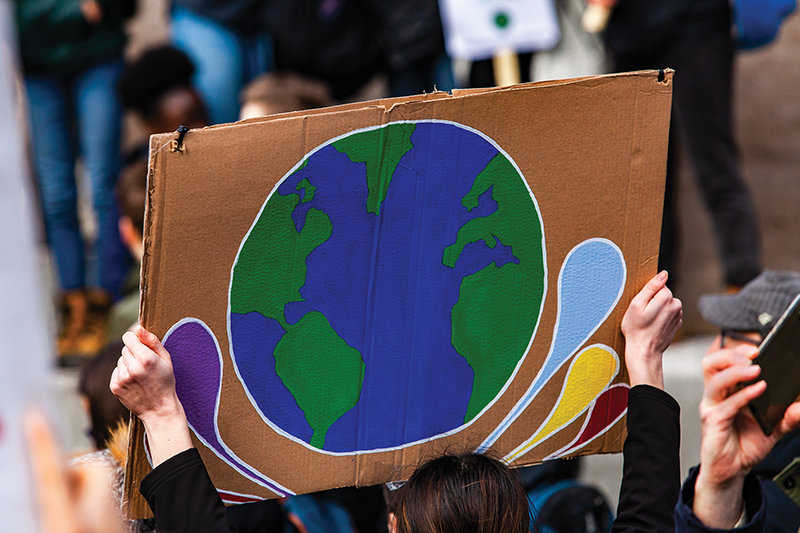 There is a simple irony in dealing with climate change. To get a handle on the problem means that, at a certain level, the conversation has to move away from climate change. What does that mean?

The secretary general of Amnesty International shed some light on this apparent contradiction ahead of September’s United Nations climate change conference in New York.

“I think one of the catastrophic mistakes we made in 1992, when the Rio Earth Summit happened, was framing our response to the threat of climate change solely or primarily as an environmental issue,” Kumi Naidoo said on the news program Democracy Now!

“I think we needed to have done then what we are trying to do now…which is to ensure that we bring a cross-cutting understanding of climate change and bring a more human-centric approach to addressing (it).”

This means, Naidoo said, dealing with climate change by focusing on human rights and on reducing inequality.

When it comes to climate-related economic issues, news narratives typically focus on the trade-off between jobs and protecting the environment.

That was one of the findings of a December 2018 study by the Canadian Centre for Policy Alternatives. “Although they tend to choose different sides, mainstream and alternative media both frequently reinforce the assumption that there is an inevitable trade-off between environmental protection and job creation,” the study concluded.

But how does the world actually get there, especially when mitigating climate change is still largely seen as an impediment to economic growth?

Better climate change communication is a good place to start.

Mitigating climate change is often seen in the context of making choices that can be undesirable: flying less, buying less, ditching the car.

Instead, the choices people must make to fight climate change can be framed as enjoyable, desirable or even moral, instead of avoidable. In other words, things that people actually want to do.

To make that shift, University of Michigan sustainability professor Andy Hoffman argues for a “consensus-based” approach to climate change. Such an approach treats climate change as a cultural issue instead of simply as a scientific and environmental problem. It “frames climate change mitigation as a gain rather than a loss to specific cultural groups,” Hoffman writes. He adds:

“To be effective, climate communicators must use the language of the cultural community they are engaging.”

It’s important to speak to people about climate change through values that make sense to them.

Stories of people taking action that others around them can relate to also have a huge impact. A neighbor enjoying their electric vehicle (and saving on gas) has a far more persuasive influence over other residents on the block than an expert on the news telling people they need to drive less.

When it comes to climate change coverage, doom and gloom is usually the lead. There is also a heavy emphasis in conventional climate journalism on individual lifestyle changes.

Instead, climate journalism can play a much more important role in painting the picture of how a post-carbon economy might actually work. That process can begin with a conversation around solutions that are already being implemented, especially those that are happening through collective action and a sense of empowerment.

A great example is a recent Global News report on the T’Sou-ke Nation on Vancouver Island, a community that is taking renewable energy production into its own hands. Or a story in Maclean’s magazine about an Ontario town that is working toward a greener future.

These forms of storytelling are crucial for the conversation to shift toward a new default position: climate change as the current upon which the economy rides. Ultimately, it will require political will for the world to get there. But support is building, and it’s the masses who are leading the way.

“If you actually look at the most beautiful parts of our histories, it’s mass movements, it’s collectives, it’s groundswells,” author and activist Rebecca Solnit recently said on CBC Radio’s The Current. “We need a framework in which maybe everybody is potentially a hero, and it’s not the exceptional but the ordinary people who change the world.”

As stories about collective action become a more prominent feature of climate journalism, so too will climate change start to feel more accessible and less scary. In the near future, climate change will not be something big, distant and seemingly impossible to overcome.

Kamyar Razavi is a PhD candidate at the School of Communication at Simon Fraser University in Vancouver, where he is examining climate change reporting. In addition to this work, he is a national television news producer with more than 15 years of experience. This article originally appeared at The Conversation.