What the heck does it mean?

In 2018, news media analyst Ken Doctor penned a column that, in part, read: “Alden Global Capital is making so much money wrecking local journalism, it might not want to stop any time soon.”

Now, fewer than five months since the ink dried on Alden Global Capital’s acquisition of the Tribune titles, it’s making a formal play for Lee Enterprises, a digital marketing services company and publisher of local newspapers across 26 U.S. states. The initial offer was for $24/share. The news sent Lee Enterprises stock upward. As E&P’s Publisher Mike Blinder assembled a panel of news media experts on November 23rd to discuss the bid, LEE stock was at $24.10/share.

On this 112th episode of E&P Reports, Host Mike Blinder speaks with Gordon Borrell, founder and principal of Borrell Associates; Rick Edmonds, media business analyst for Poynter Institute; Steven Waldman, president and co-founder of Report for America; and Gretchen A. Peck, contributing editor at E&P, about the hedge fund company's intentions. They talk about the offer, the timing, the oncoming culture clash if the deal goes through, the possibility of pleading an anti-trust case, and so much more. 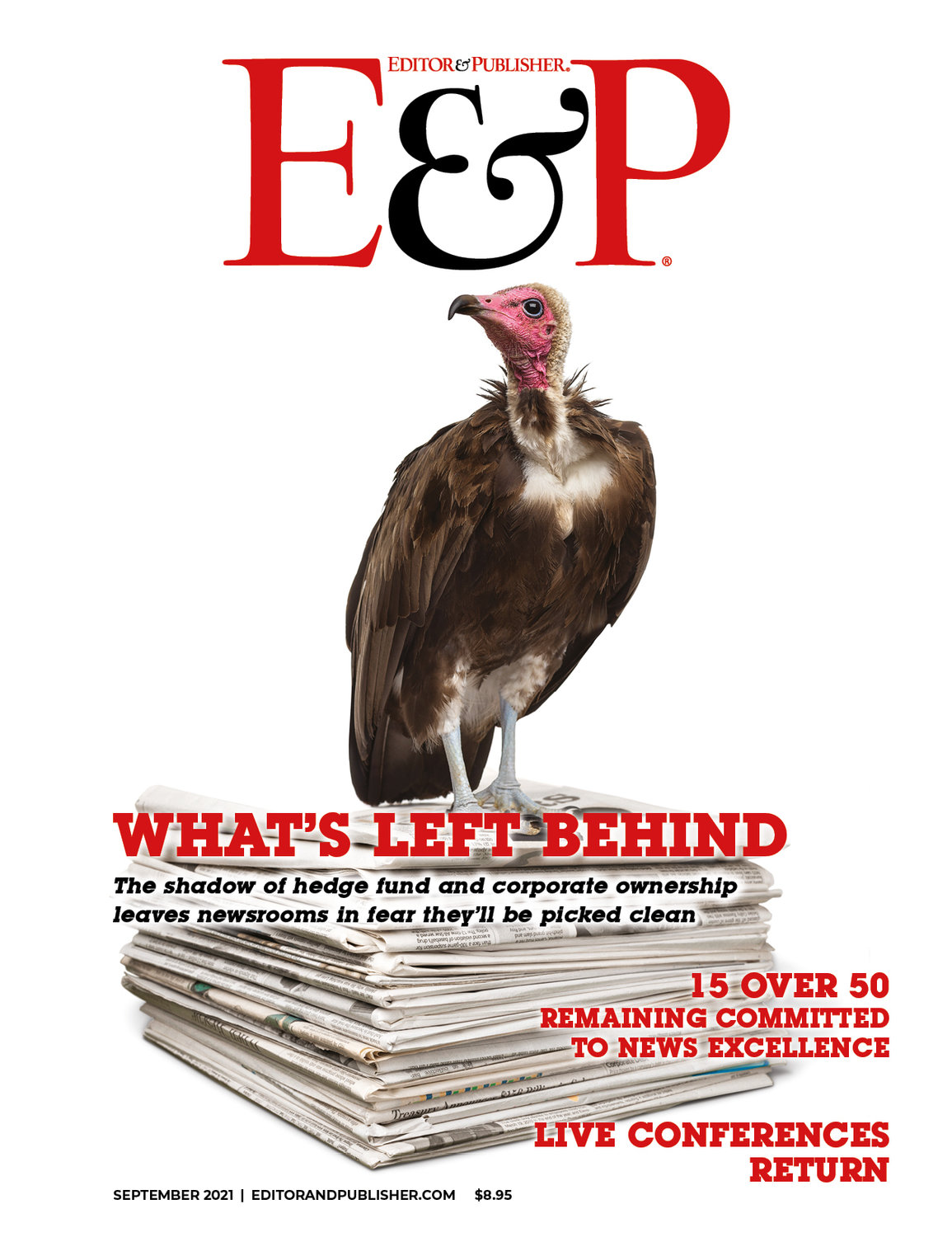 During this broadcast a mention was made of Editor & Publisher's September 2021 cover story: What's Left Behind, The shadow of hedge fund and corporate ownership leaves newsrooms in fear they’ll be picked clean.