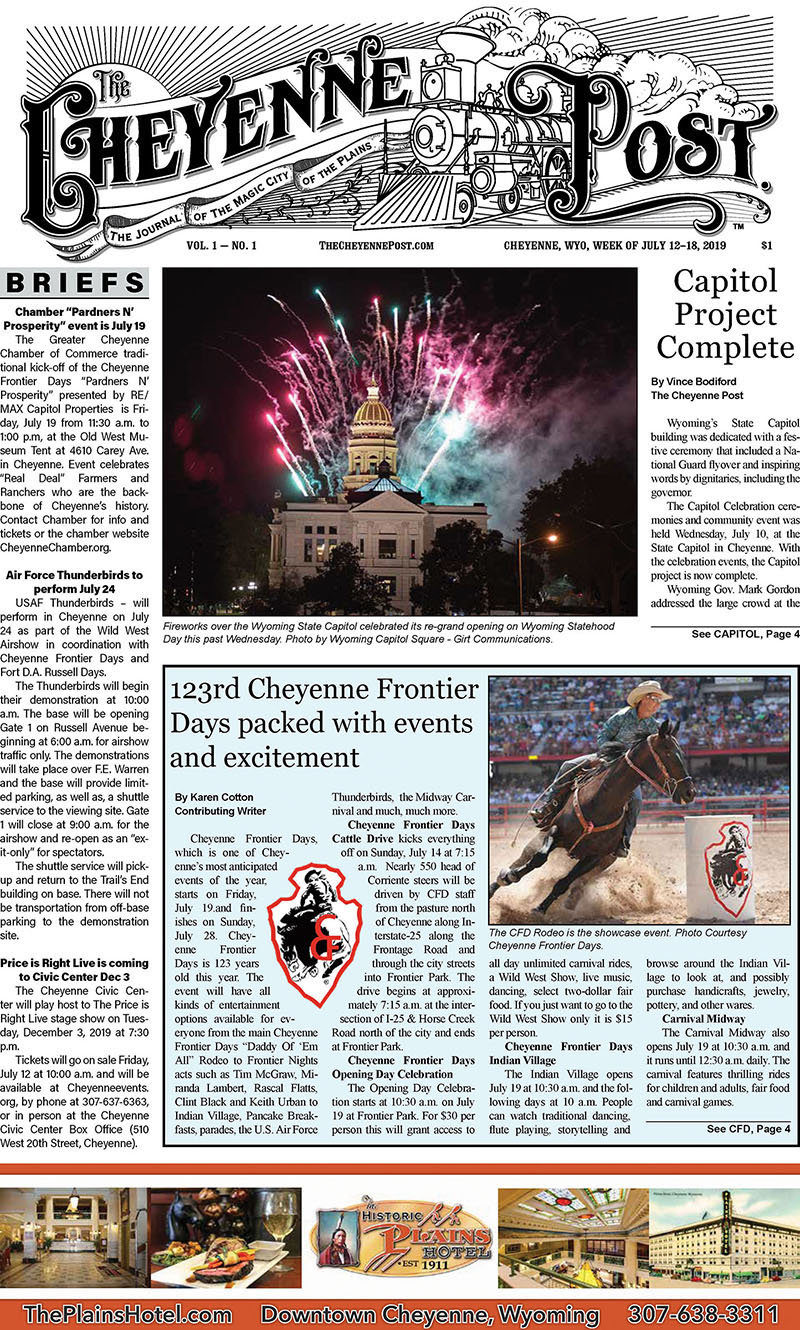 The front page of the Cheyenne Post’s first issue

The old timey font and steam engine on the Cheyenne (Wyo.) Post masthead makes the weekly newspaper appear to look a century old, but the fact is the paper just put out its first edition on July 12. Published by Golden Media, Inc., the publication launched first with a website in June.

Vince Bodiford, Golden Media owner and Post publisher and editor, said the design choice was deliberate, as well as the words that appear under its masthead: “The Journal of the Magic City of the Plains.” Bodiford explained it was a name given to Cheyenne in its early days as the city “magically sprung up and grew” with the arrival of the Union Pacific Railroad.

“We knew it was a brand new newspaper, but we wanted it to look old, like it’s been here forever,” Bodiford said. “If you just came into Cheyenne and looked at our product, you would go, ‘These guys had been here since 1850.’”

Before Bodiford came to Cheyenne, he published papers in Texas and Colorado. He also worked with Gannett in Arizona, Community Media Corp. in California, and most recently GateHouse Media, where he served as president and publisher of two daily newspapers in Michigan. 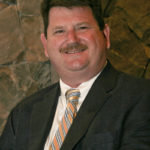 “I’m really leveraging what I’ve learned over the years to develop the kind of newspaper that I’d like to own,” Bodiford said. “Throughout all the years, if I could have done it differently, what would I have done? What were some of the mistakes that I wouldn’t repeat?”

Bodiford and his wife, Jeanette, are the paper’s only two full time employees, but they also have two editorial freelancers, two freelance reporters, one freelance photographer and two advertising sales reps. Employees are currently working remotely until the office space is ready, which Bodiford said would likely be sometime this month.

The newspaper is printed at the nearby Wyoming Tribune Eagle, owned by Adam Publishing Co. and distributed every Friday. Website access is free, and the paper offers a six-month in-county mail subscription for $29 and out of county for $34. Readers can also choose a year subscription for $52 in-county and $62 out of county. Single copies are found at select retail locations for $1.

In a city with 60,000 residents, Bodiford said, “This is a market that likes to know what’s going on and they like to hear from different places, so we’ve been warmly welcomed in that regard.”

The Post aims to deliver news revolving around community events and organizations for children, schools, sports, clubs, churches and more.

“Our philosophy is we want content in the paper that’s destined for the refrigerator—a newspaper that people can pick up and see themselves,” Bodiford said.