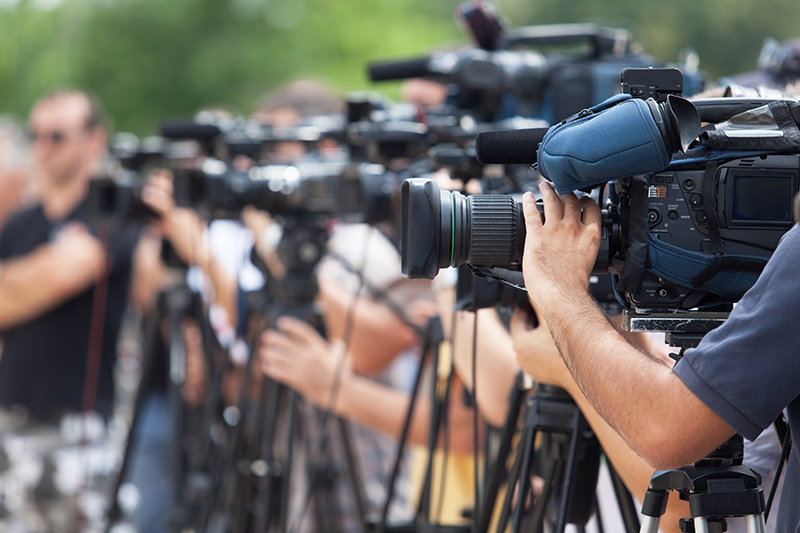 In July, a gunman opened fire at the local garlic festival in Gilroy, Calif., shooting 15 people and killing three including a six-year-old boy. Once again, a community was left in shock over such a brutal and random attack. And once again, the media went to work interviewing survivors and taking photos at memorials and vigils. One of them was Robert Eliason, a photographer for the Gilroy Dispatch. In a Facebook post that went viral, Eliason wrote about what he saw as he arrived on scene for a press conference.

“It was like walking on to a movie set. There were media vans everywhere, video cameras on tripods, bright lighting panels, reporters talking to victims, reporters checking in to their home stations, reporters talking to no-one and just standing there blankly…Everything was surreal. I’m press but I am not really press. I am the guy who goes out to high school football games and little league…But here I am, fighting for a little space to shoot some pictures of a press conference. I am standing next to the CNN guy. I get to tell a Fox guy that no, I won't move so he can put his tripod where I am standing. I get sneered at because I’m local press, not the real thing.”

Eliason’s words struck a chord with many journalists especially those who have had to cover a tragedy such as a mass shooting in their city. There’s chaos and confusion—and it’s overwhelming, not only for residents but also for local journalists like Eliason. Unlike the reporters from CNN and Fox, Eliason knew people who had attended the festival and had escaped the shooter.

For Eliason, he doesn’t get to move on. He joins a journalism community made up of newsrooms that have had to cover mass shootings. Last year, I wrote a feature that addressed the needs of mental health and safety among journalists.  I had the chance to speak with Orlando Sentinel reporter Naseem Miller and San Antonio Express-News reporter Silvia Foster-Frau, creators of a closed Facebook group called Journalists Covering Trauma for newsrooms—“a place for journalists to ask for and give emotional and professional support in covering a mass shooting.” At the time the story was published, the group almost had 400 members. When I checked last month, the number had increased to nearly 600. Unfortunately, that number will most likely continue to grow.

Jon Allsop of the Columbia Journalism Review wrote that the Gilroy shooting was a reminder of the media’s swarm problem.

“Eliason’s post is a useful reminder that national reporters do traumatized communities a disservice when they parachute in, jostle noisily for interviews with survivors and grieving families, then leave before the dust has settled,” he said.

Allsop suggested that national outlets draw on the coverage of local news organizations; use a common pool reporter; or report remotely, instead.

“If national outlets insist on sending their own team to a trauma scene, they could at least stick around and cover the affected community once the initial media furor has died down,” he said.

But that’s not always the case. Once the national outlets leave town, it’s the local journalists like Eliason who are left behind to do the hardest work: following-up with officials, checking-in with survivors and making sure their community heals and moves forward together.