Ground News Allows Consumers to Judge the News for Themselves

An example of the Coverage Analysis feature on the Ground News Pro app breaking down the bias of a story multiple news outlets have covered.
Posted Tuesday, April 14, 2020 12:00 am
Evelyn Mateos 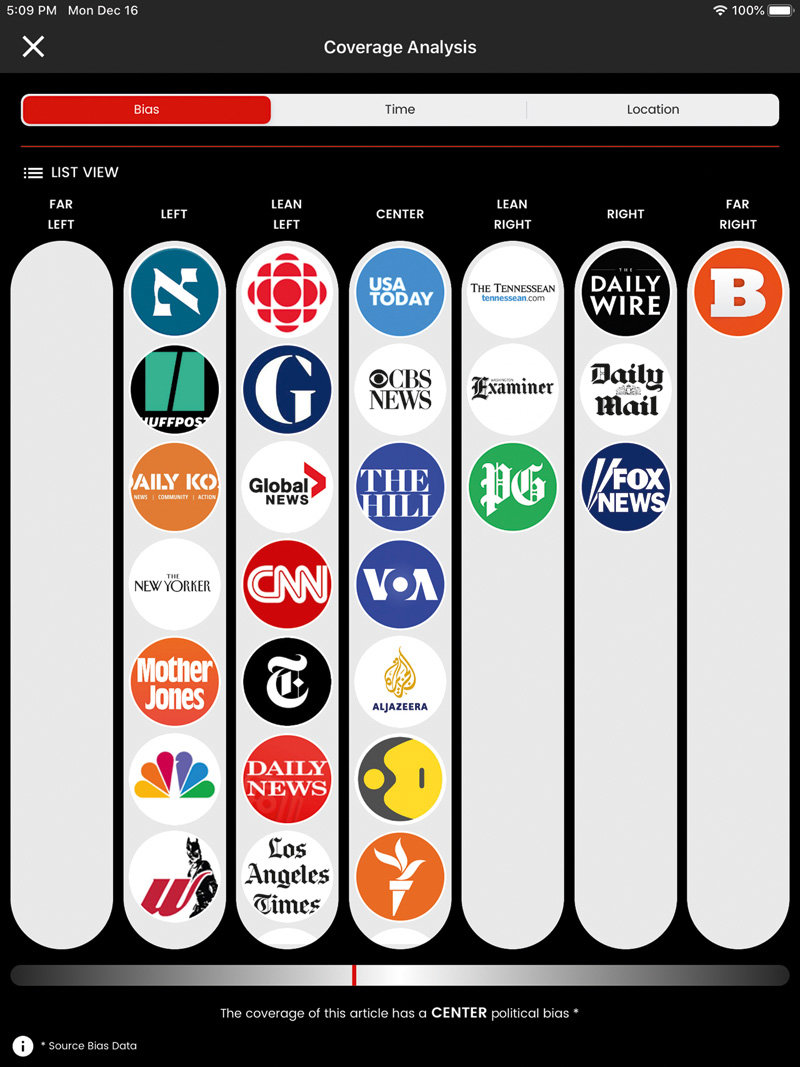 An example of the Coverage Analysis feature on the Ground News Pro app breaking down the bias of a story multiple news outlets have covered.

To help news consumers combat misinformation, clickbait and fake news, Ground News will help them compare how trusted outlets of different political backgrounds and from around the world are covering the same stories.

Founded by Harleen Kaur and Sukh Singh, acting CEO and CTO respectively, Ground officially launched in January. It is available as an app or can be used via its website. When a story is selected, users will see several outlets that have reported on the story, and Ground will label the political bias of each one.

Users can either sign up for free or enter as a guest, which allows them to check out news from more than 50,000 sources. Users can also pay 99 cents a month to go Pro (only available on mobile), which allows users to view news from all sources. It will also allow users to compare headlines and summaries per news source; sort by bias, time and location; and track their own news bias. In addition, the Pro version has a “coverage analysis” feature, which breaks down the bias, time and location subsections. 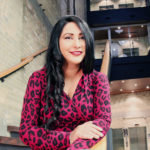 Ground also recently launched another feature called the Blindspot Report which collects stories every week that received the most lopsided coverage. Each story is linked to multiple sources and labeled with a “blindspot” for either the left or right. Data portraying how much coverage the story received on each side can also be found in the report. Currently, this feature is only available on the website.

Kaur explained that Ground uses algorithms to find diverse articles and sources. For example, it can pick up sources using different vocabulary in the same story. She also explained that not all news sources are allowed into the system. To ensure that it is a trusted source, the outlet is vetted through an algorithm, which checks what a source has covered in the past, when it was founded and what its social media presence looks like.

A few years ago, Kaur herself was experiencing the confusion that so many news consumers faced, working hard to understand the news by searching for various sources to identify what was true and what was not.

“There’s so much tech around and so much news around, but why can’t we trust and understand news very much, very quickly?” Kaur said. “So, I wanted to develop a tech solution for a normal news consumer to be able to do that.”

That inspired Kaur and Singh to interview other consumers to find out what they wanted from news. They interviewed people between the ages of 25 to 50—those most likely to utilize an app to read news. In addition, it was important for the co-founders to find people that weren’t strongly politically biased so that they could view Ground with an open mind.

As of press time, Ground has 1,000 paying subscribers, and Kaur told E&P they have received many positive emails from users.

“In this world of news that we live in, it’s much more comfortable to consume news in newsletters or on Instagram,” said. “People don’t have time to do the research themselves…(but) it’s still important for people to be able to understand the different sides to a story.”