Cleveland, Ohio is the site for City Champions, the latest project from Guardian US. Inspired by the Guardian’s Cities section in London, the City Champions series highlights community-based projects and include articles written by reporters from Guardian US and the Cleveland Plain Dealer.

John Mulholland, editor for Guardian US, explained that after contributing to the Cities section for several years, he wanted to try something different. 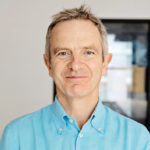 The idea for City Champions started when Guardian US linked up with an art political collective called For Freedoms. The paper had originally covered the platform’s 50 State Initiative during the midterm election season in 2018. According to its website, the initiative organized more than 700 concurrent decentralized public events across the country that sparked a national dialogue about art, education, commerce and politics.

Guardian US decided quickly that the next city project would involve the same platform as the 50 State Initiative. Amanda King from For Freedoms ended up overseeing all the visual work for the series including five billboards. Guardian US also produced a short film of King and her team describing the meaning of each billboard. The goal with the artwork, Mulholland explained, was to help highlight the issues the series discusses with those that might not read the series.

In December 2018, Guardian US reached out to the platform, which was already embedded in Cleveland (this played a major role in why the city was selected for the project). Cleveland was already dealing with the kind of systemic issues they wanted to address, such as failing public schools, low literacy rates and infant mortality.

However, Guardian US did not want to simply parachute in, so reporters spent time in Cleveland. After a few trips, it became apparent that there were these incredibly “resourceful, forceful and engaged community (members),” Mulholland said.

“We decided that…we would tell the story from the voices and the views of those who were doing as much as they could through individual projects to address Cleveland’s challenges, Mulholland said. “That’s when we came up with this idea of highlighting these people’s work by the term City Champions and looking at the incredible impact they were having on people’s lives.”

In spring 2019, Guardian US reached out to local news outlets like the Cleveland Plain Dealer and the PBS and NPR stations to help recognize community leaders for their positive contributions. More than 400 different nominations were received, but only 25 were selected.

For now, the series has accomplished what it set out to do: highlight strong community members and organizations in Cleveland. But Mulholland said that Guardian US would love to do another City Champions in a different city in the future.

To read stories from the City Champions project, visit theguardian.com/cities/series/city-champions.