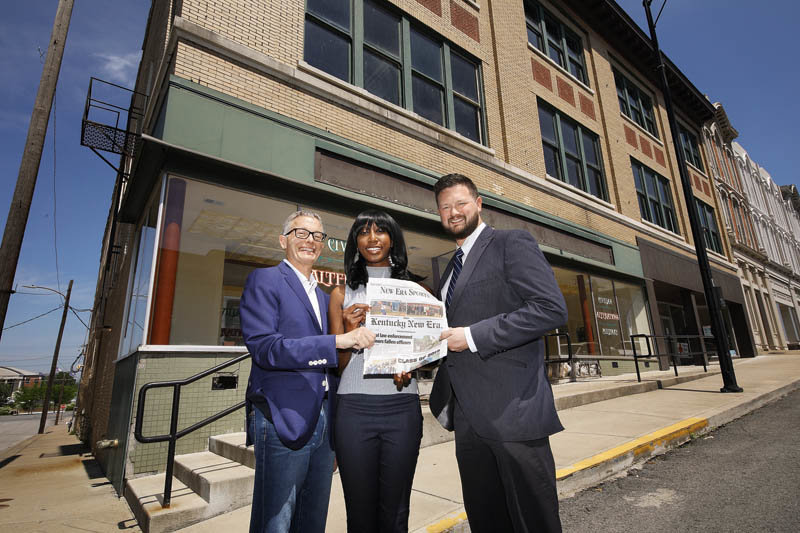 Whenever a publication is acquired by a new owner, there is a level of uncertainty within the staff. But for the Kentucky New Era in Hopkinsville, Ky., since being purchased by Paxton Media Group, there have been only been positive steps forward.

“When I got here, we had a whole bunch of standalone properties all within 30 to 45 minutes of each other operating independently, and we’ve really tried to turn it into a collaborative atmosphere,” Cox said.

In addition, the newspapers cut back on wire service reporting in favor of local headlines. Instead of sending multiple reporters from each paper to cover the same event—as was done in the past—one reporter would cover the event and share the content with the other publications.

A year after the acquisition, the New Era celebrated an important milestone: its 150th anniversary was on Nov. 16, 2019. The New Era published a special edition that included a section about the newspaper’s history. The staff had also hoped to move into their new downtown office by the anniversary date, but construction delayed the grand opening. Instead, the open house was rescheduled to January 2020. 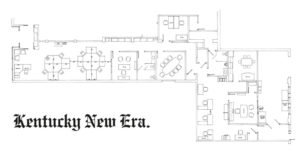 The new office is an old J.C. Penny building redesigned to include a front reception desk; a newsroom with a view of Main Street; offices for the editor and publisher, IT and advertising; a conference room; and restrooms. There is also a break room that doubles as a workspace. The news space includes a 100-plus-year-old exposed brick wall that will be used as a backdrop for video productions.

Helping Cox lead the New Era through these changes is editor Zirconia Alleyne, who started her current position in January 2019. Alleyne, who had previously served as features editor, may be the first black female editor of a daily newspaper in the state. Both the New Era and the Kentucky Press Association agree that they can’t find anyone else, although records are incomplete.

When Alleyne was informed of this fact, she said, “I felt an added layer of responsibility to make sure the unique stories of the minority community are included in the fabric of all of our reporting.”

As the New Era enters 2020, Cox said he would like to see “one (sales) rep selling multiple publications to cover more ground with the same staff.” Additionally, he plans to have his papers continue to work collaboratively.

“Change is never easy…But, we believe that the changes over the last year position this institution for the long-term in Hopkinsville and the surrounding region,” Cox said. “The moves that we’ve made allow our team to focus on what we do best—reporting the news.”