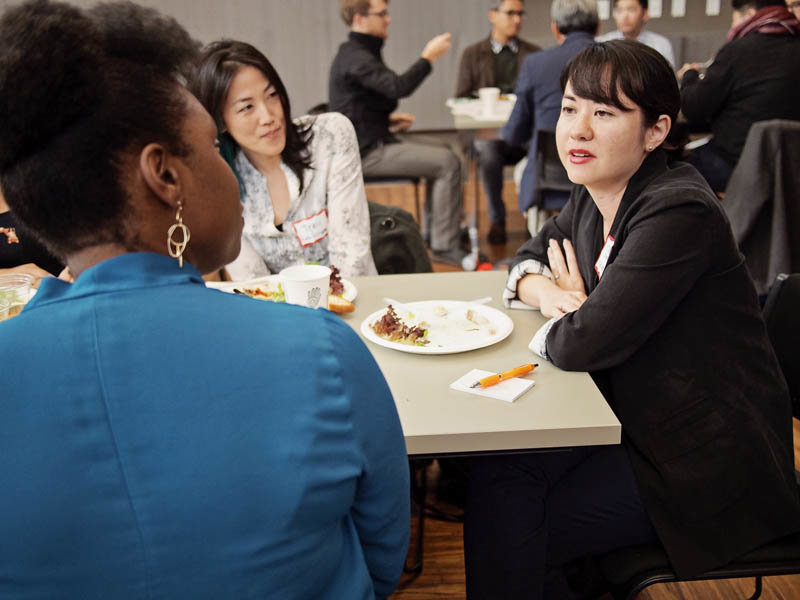 An early Feeding the Conversation lunch that brought together members of LA’s Asian American community with Take Two producers and other KPCC journalists. (Photo by Quincy Surasmith/KPCC)

Nothing brings people together like food as Southern California Public Radio (89.3 KPCC) in Pasadena, Calif. discovered with their Feeding the Conversation series. To date, KPCC has hosted about a dozen of these events with positive results. The series invites community members to join journalists from the radio station for lunch or dinner and discuss topics ranging from current events to how KPCC can better serve the area.

According to Ashley Alvarado, director of community engagement, the idea started in 2015 when KPCC wanted to cover Common Core, a set of academic standards for grades K-12, but parents in the area weren’t responding to invitations.

“They just weren’t coming together as sources,” Alvarado said. “So, I said, ‘Why don’t I invite some people over for lunch?’” 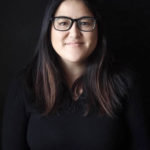 Using the American Public Media’s public insight network (a database of community members across the country who volunteer to be news sources), Alvarado found about a dozen parents in the database and invited them to lunch. From this one event, the organization found itself with an abundance of story ideas. Not only did the newsroom realize this was something they could do successfully, but Alvarado said she realized community members also saw value in being seen and heard by journalists.

After this event, KPCC decided to try an event with their radio show Take Two, who wanted to expand their coverage on the Asian American community. That resulted in KPCC’s second Feeding the Conversation event in 2015. About 50 members of the community turned up, but that ended being too large for the organization’s liking due to the noise level and resources. Since then, KPCC has settled on inviting up to 25 people for events.

Feeding the Conversation events usually take five weeks to plan. KPCC will choose a topic and which journalists to participate, who to invite, and select a caterer and time and day for the event, which are usually held at KPCC.

Typically, an event lasts about 90 minutes, and begins with food and socializing. Alvarado welcomes the audience, and from there, the room will break into groups of four or five, where a journalist will lead the discussion. At the end, everyone returns to the larger group to share highlights.

According to Alvarado, the newsroom wants to find more ways to center those conversations and threads into what they do at the station.

“When we first started, there was this really clear…need (to engage with the community),” Alvarado said. “With Feeding the Conversation, we’re hearing directly from community members about what they need—not only when it comes to information needs but also to feel authentically reflected in our journalism.”