Look Ahead: PEN America and the Trust Project Create a Digital Tool to Assess Transparency 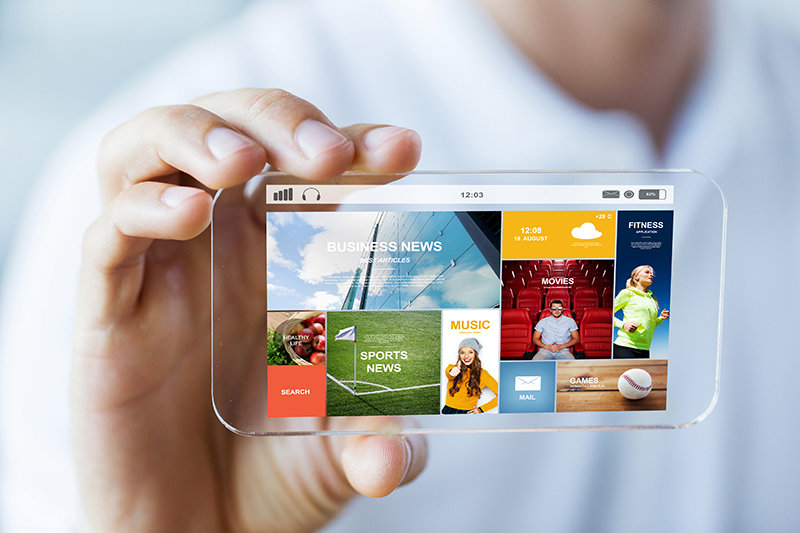 As more readers search for news they can trust, PEN America and the Trust Project have released a new digital tool called the Newsroom Transparency Tracker to help readers track policies, practices and people behind the news of more than 50 leading national and regional media outlets.

Last year, PEN America became interested with working with the Trust Project after they published a report titled “Faking News: Fraudulent News and the Fight for the Truth.” According to Viktorya Vilk, manager of special projects for Free Expression Programs at PEN America, one of the report’s big recommendations to media outlets was to become more transparent. This led the team at PEN America to question which outlets were transparent, but when they realized there wasn’t any kind of tool available that could easily tell them, they decided to create one themselves. 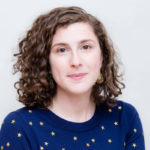 Vilk explained they were in the process of deciding what kind of standards or “trust indicators” they would use when they came across the Trust Project, who had already developed their own set of indicators.

Even though the Trust Project has eight indicators, the Newsroom Transparency Tracker only utilizes four: best practices (ethics, policies, etc.), journalist expertise, type of work (labels to distinguish the type of content) and commitment to diverse voices. 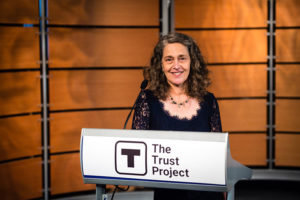 When selecting which news outlets to profile, Vilk said they wanted companies that published original content regularly, produced journalism in the public interest, used a digital media platform, and were geographically distributed. Vilk herself took on the challenge of finding these outlets and collecting their information which took a few months. She came up with 40 of the 52 outlets and the remaining 12 are Trust Project partners.

On behalf of PEN America, Vilk said they are asking themselves how the Tracker will grow and if they want to add more outlets. For the Trust Project, director Sally Lehrman said some of their members are in the process of being added.

Before the Tracker went live in June, PEN America and the Trust Project made sure to give news outlets a chance to review what was collected, if the information was correct and if anything was missing.

Lehrman said partners were thrilled with the Tracker. “(These news organizations) have been working very hard to make sure that they add more clarity around who and what is behind the news stories that they produce and what standards of practices that go into these…even though it’s very important for each news organization to do these things individually, when you show them collectively together, it magnifies the impact.”