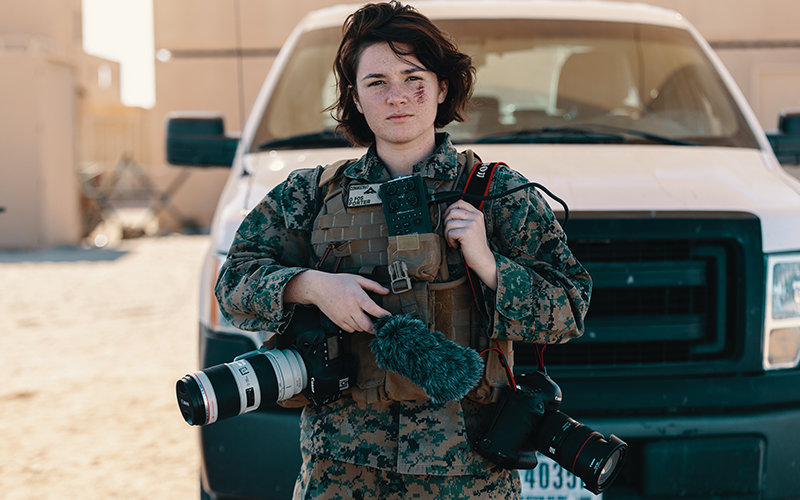 While the industry still struggles to bring racial diversity into the newsroom, Zack Baddorf wants to shine a light on the lack of military veterans working in journalism.

Baddorf is the executive director and a co-founder (along with Russell Midori) of Military Veterans in Journalism. This non-profit association helps build a community for vets, supports their career growth and advocates for newsrooms to hire vets. Midori served in the U.S. Marine Corps, while Baddorf served in the Navy from 2001 to 2006 as a journalist. In that time, Baddorf crafted his skills and even earned a bachelor’s degree in journalism. 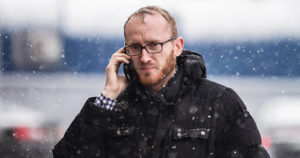 Zack Baddorf is pictured reporting from rebel-held Ukraine in 2015.

“I thought these sorts things would set me up for success when I decided to transition to media in the civilian world…but unfortunately, it did not,” he said.

Baddorf applied for dozens of jobs with no luck. He and Midori realized there were challenges for vets coming out of service, such as finding mentors and learning how to navigate their careers. So, their goal became to make the transition easier for the next generation of vets who want to start a career in journalism.

Founded in May, the non-profit works to bring members together through online communities. In addition, they are currently working to create in-person events such as fellowships, career fairs and workshops.

To apply, vets can visit mvj.network to fill out the form to become a member. Experienced journalists are also welcomed to register as a mentor. Mentors and members are then paired up as part of the career development program.

Currently, there are about 65 members and 30 mentors. Some members are in school, currently studying for their journalism degree; some have finished school and are looking for work; and others are freelancing, utilizing the non-profit’s freelancer network that connects them with editors. 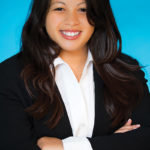 Babee Garcia is one vet that became involved with the program early on. Before Garcia joined the Marines as an aviation supply specialist, she had been interested in a journalism career, so the non-profit seemed like the perfect opportunity for her. Garcia now holds the title of social media coordinator for the organization and works as a freelance journalist.

“It’s important to be aware that veterans offer a lot of good in this world,” she said. “We bring a lot of insights, experiences and a sense of judgment to our roles in journalism that is really critical, and we deserve to have our voices heard.”