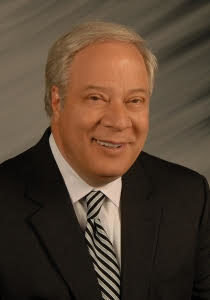 Mark Adams, president/CEO of APG, said, “We created the chief operating officer position in APG to maximize our revenue, content, circulation, digital and operational initiatives, and align our strategies. Nick has a proven track record of performance in the media business and we felt he was the right person to lead those initiatives across APG."

"I am honored to be selected for this new position in APG. I have watched and admired Mark Adams and APG over the past few years as they continue to invest in community journalism," Monico said. "Adams Publishing Group has become a destination media employer. Their ongoing commitment to offering high quality content and advertising services for their readers and advertisers, sets them apart from other media organizations."

Most recently, Monico served as president of News Media Corp. Prior to that, he was president of Gannett Media News Network of Central Ohio, and he has held COO positions with Thomson Newspapers, Trib Total Media and Wick Communications. He was VP of Community Newspapers for GateHouse/New Media. Overall, Monico has worked with more than 350 media operations in 25 states.

He attended Pennsylvania State University with a major in journalism/advertising. He also attended executive development programs at Columbia University and INSEAD in Fontainebleau, France. He has served on the Boards of the Ohio News Media Association, Illinois Press Association and Inland Press Association.