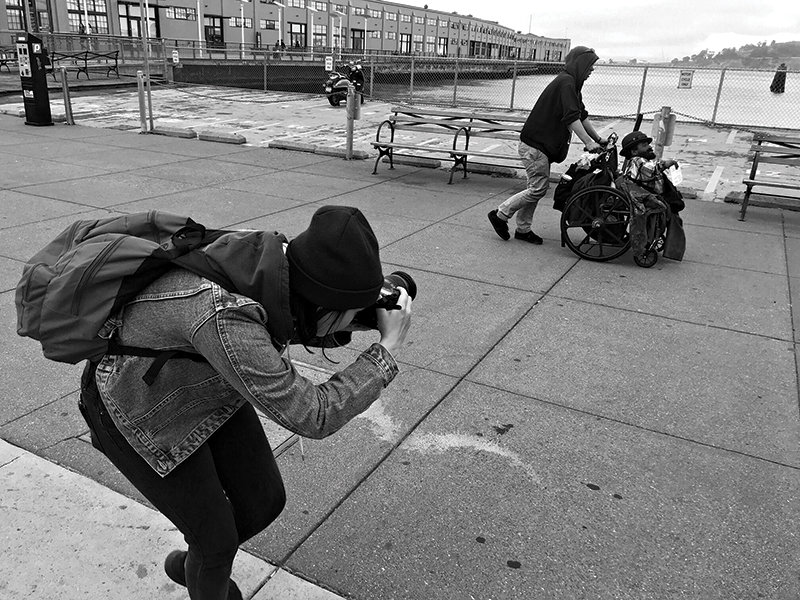 Four years ago, the San Francisco Chronicle created the SF Homeless Project, which brings together a consortium of media organizations every summer to focus on the city’s homelessness crisis.

This year, metro editor Demian Bulwa came up with the idea to spend 24 hours looking inside the world of homelessness. Thirty partners participated this year. Among them were radio station KQED, the San Francisco Examiner, Mission Local and Berkeleyside.

According to the project’s lead writer Kevin Fagan, the newsroom sent out 36 staffers consisting of photographers and reporters to the streets. In the end, more than 40 staffers in total, including digital producers and editors, helped put together the finished product.

Most of the reporters headed out on an early Tuesday morning in June, while others worked different shifts throughout the 24-hour period. Journalists were assigned to follow different people, such as the director of the city’s department of homelessness and supportive housing, or head to different locations like the airport, where homeless men and women are often bussed out of the area.

“We were looking for people who were interesting and representative and totally cool with this kind of exposure,” Bulwa said. “We only identified people who were willing to share their stories.”

Fagan, photographer Jessica Christian and video producer Guy Wathen were the few that actually worked the entire 24-hour shift. By the end of the week, everyone had filed their work.

“We asked everyone to keep it tight because (we) have certainly done super long stories here, but Demian was thinking multimedia on this,” Fagan said. “It was about having short, punchy vignettes, statistics, images and video, and even animation.”

Even with this request, Fagan estimates that reporters collectively turned in about 1,500 inches of copy, which he had to trim down to 300. The project was published both in print and digital in July. A few days prior to publication, Cooper decided to ask the public to submit their questions about homelessness. They received about 200 questions and addressed 89 of them online. In addition, Fagan and Chronicle editor-in-chief Audrey Cooper participated in a podcast about the project and had a panel discussion with the city’s mayor and experts.

“(Poverty and homelessness) are one of the biggest problems in our society today,” Fagan said. “We have the biggest spilt between rich and poor. We’re in a robber baron era again and most people don’t really understand what that means to them (and) for the people who were suffering for it and what we can do to get out of it. So the more reporting we do as objective real journalism organizations, the better.”