Shep, Say It Ain't So! (A Publisher's Opinion) 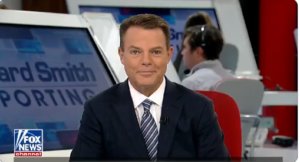 When stories break, it is not uncommon to find me monitoring multiple sites and networks seeking out all sides of a story. I also believe that a free press is essential to a democracy. I am convinced that more than 200 years ago, some very imperfect men somehow crafted a very perfect document. They saw a future that would strain it, crunch it into a ball and come close to setting it on fire, but that document is the one to which our elected leaders pledge their support.

I have admired Shepard Smith (the now former anchor of Fox News) for many years. Not just because of his amazing reporting skills across some of the last three decades’ biggest news events, but in recent years, it was as much or more for his courage and strength in maintaining a focus on what he knew his job description was:

One of Webster’s definitions of journalism is: “Writing characterized by a direct presentation of facts or description of events without an attempt at interpretation.” That is one of that facets that I love about the industry I am honored to serve. News publishers have (for the most part) made it a point to clearly separate the solid news (based on facts and reporting) from editorial which is clearly labeled as opinion (Opin·​ion: “A view, judgment, or appraisal formed in the mind about a particular matter"). Many news publishers offer various (sometimes opposing) “opinions” side-by-side.

It is obvious today that the three major cable news networks that serve the U.S. have moved more and more into blending both journalistic and opinion based news, where regardless of which you tune to, you may see some facts presented first in story (and some clearly left out) and then anchors interviewing reporters to gain their “opinions” of the facts, which then puts an editorial slant on the story. It is this seamless blending of journalism and editorial opinion that runs rampant during the daytime programming of cable news, which (according to some pundits) is one of the main reasons we are so tribal in our polarized society. In short, news consumers are having trouble separating news from opinion.

Shepard Smith was one of Fox News’s first hires when Roger Ailes launched it into the American news ecosystem on October 7, 1996. During his 23-year tenure, Shep found it harder and harder being a journalist as more and more Fox News anchors moved further away from strict reporting standards and into delivering facts wrapped in opinions embraced by Rupert Murdoch’s politics.  Personally, I applauded Fox News for keeping Shep on the air in his 3 p.m. EST time slot, while angering far right viewers who resented his insistence on simply reporting documented facts that stood in stone cold opposition to the conspiracy theories and unfounded propaganda that was broadcast elsewhere on the network's schedule. And most importantly, if you watched the 3 p.m. EST time slot religiously as I did, you would notice that when most news anchors on FOX, and other networks, would instantly after reporting the story, introduce a panel to “unpack” it and add their opinions; Shep would simply pause, allow the viewer to digest those facts and move on to the next story.

Fox News reported that Shep left our news community on his own. He was not fired. It was reported that management at the cable news network asked him to stay. But Shep could not remain on the air when presenting truth, only on its own merits, became much more difficult in today’s cable news environment.

His final telecast remarks were something we all need to remember as we do our own jobs within the news publishing industry:

“Even in our currently polarized nation, it’s my hope that the facts will win the day. That the truth will always matter, that journalism and journalists will thrive,”

Shep, please come back. Or, at least, don’t stay away long. We need you now more than ever!

Mike Blinder is Publisher of Editor and Publisher Magazine

Comments are welcome (and encouraged) below.