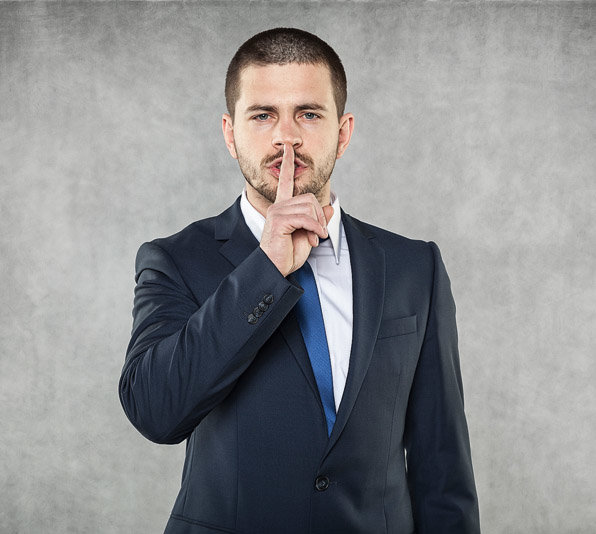 Words matter. Journalists, of all people, appreciate the power of the reporter’s pen and voice. Yet we continue to use language that squashes innovation and holds us back from transforming our newsrooms at the pace needed to match the digital disruption around us.

So, here’s a challenge to news leaders and storytellers: five culture-killing phrases to stop saying, or at least actively challenge, in the new year.

This response to ideas sends the message that there are rules, and those rules are not to be questioned.

If our audiences were growing, news revenues were robust and sustainable, and trust in media was high, I’d be more sympathetic to simply following the old rules. But none of that is true. The principles of journalism are enduring, but we should be relentless in re-examining our practices—how we do what we do.

Also, consider this. We are hiring the next generation of information consumers. Who better to help us reimagine and reinvent our local newsrooms? Forcing them into our “system” without actively soliciting their input is a huge missed opportunity.

This response immediately shuts down the person who made the suggestion (and anyone who witnessed the exchange). It discourages rather than encourages a culture of innovation (After a tour of Silicon Valley platform companies, I shared seven lessons relevant to newsrooms about strategic, data-driven risk-taking.)

A fair comeback is: How do you know it didn’t work? Often, the justification turns out to be based on either weak data (Nielsen ratings) or just personal opinion about what is “good TV.”  We should challenge such weak attribution.

If we knew how to evolve our legacy news practices for the digital age, we’d just do it. So, a culture that encourages purposeful experimentation, with rigor around measurement and lessons learned, means that we are never done when it comes to trying things.

I applaud the intent behind this question, which is to tune our coverage to our community. In practice, however, this question was often posed in editorial meetings composed of a non-diverse group of decision-makers who did not reflect the community they were charged to serve (this is still true in too many newsrooms).

The new trap today is the tyranny of “what’s trending,” as measured by tools like CrowdTangle. we often answer “What’s everyone talking about?”

What’s trending isn’t the same as what’s important; a small percent of the audience drives most social activity, so “trending” doesn’t truly represent the audience; bad actors can manipulate social discourse; and, a focus on what’s trending leads too many local newsrooms to chase engagement metrics rather than directly engaging with their community.

This statement contains the now-questionable assumption that there are “TV people” who are somehow different people than web users. Maybe that argument worked 15 years ago.

Today’s audiences move seamlessly from screen to screen. Research by SmithGeiger has tracked screen use by time of day and found usage of mobile and live linear TV in the morning, to apps and the web during the day, back to mobile and a mix of streaming, mobile, and linear TV throughout the evening and into bedtime.  Pew Research showed that these trends are true now even for the oldest Americans.

It is now more accurate to say people are information consumers who move from screen to screen. It’s newsrooms that are still siloed.

There is perhaps no oft-spoken newsroom phrase that more clearly displays the disconnect between legacy news organizations and their audiences than this put-down. Its corollary is perhaps even worse: “The competition already did that story.”

First, this dismissal errs by treating stories as static objects, one and done. Good stories and important stories evolve and unfold; like an onion, they can be peeled to reveal deeper layers; they can be advanced and explored. Second, this declaration projects an arrogance of reach that is no longer true, if it ever was. The (inaccurate) assumption contained in “we did that” is: “the audience saw it.” When the top-ranked newscast in a market gets a 3.0 rating in Nielsen, by definition that means that 97 percent of households with TV’s in that viewing area did not see the station’s report. “We (or they) did that already” presumes wrongly that message sent is the same as message received.

Language matters. News leaders set the tone with the language they use and can crush or cultivate a spirit of innovation with just a few words. So, here’s to zealously defending the core principles of journalism, while welcoming thoughtful examination of our practices and assumptions.

Frank Mungeam is the Knight Professor of Practice in TV News Innovation at Arizona State University’s Cronkite School of Journalism and Mass Communication. This is an abridged version of a story first published by Cronkite News Lab.