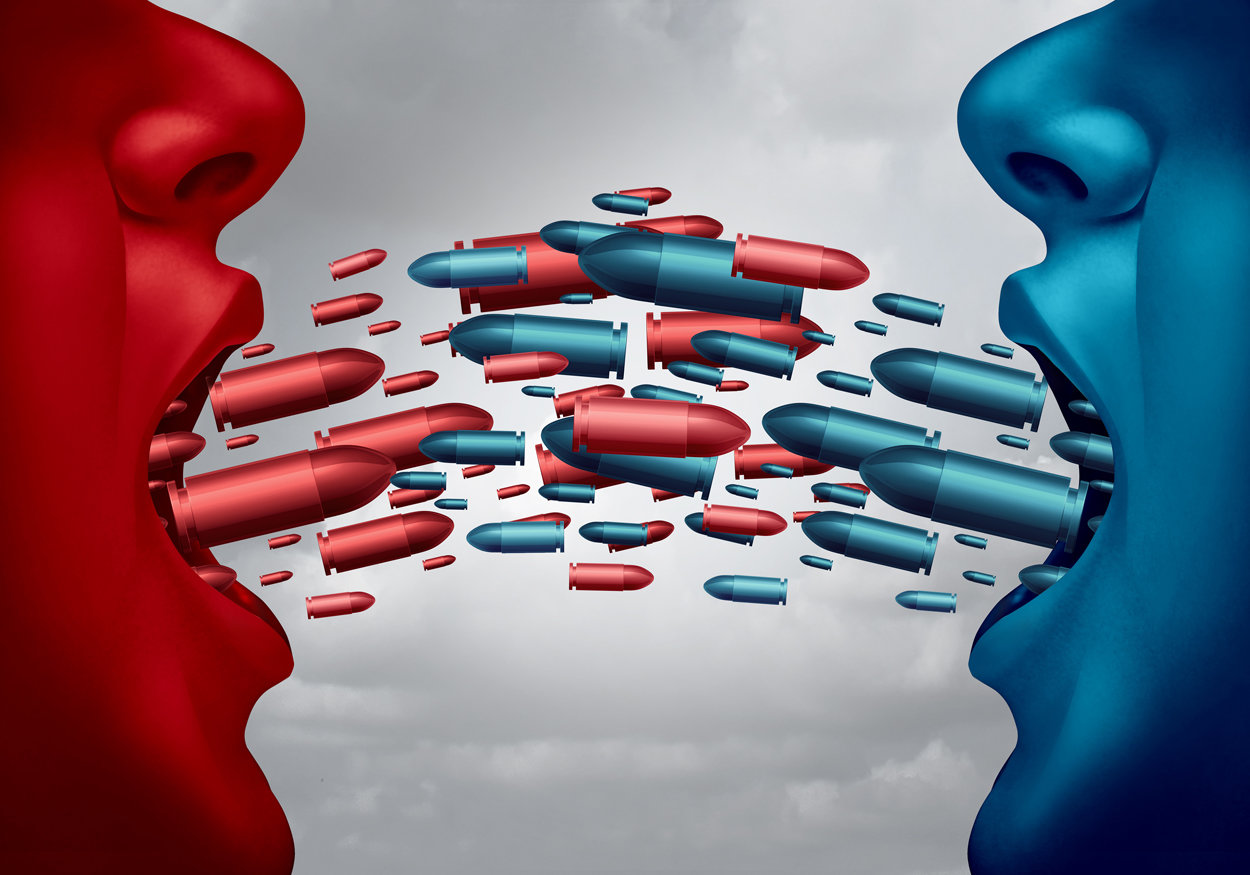 Since his inauguration, President Donald Trump has been waging war against the American press by dismissing unfavorable reports as “fake news” and calling the media “the enemy of the American people.”

As a countermeasure, the Washington Post has publicly fact-checked every claim that Trump has labeled as fake. In August, the Boston Globe coordinated editorials from newspapers across the nation to push back against Trump’s attacks on the press. The Associated Press characterized this effort as the declaration of a “war of words” against Trump.

News organizations might frame themselves as the besieged party in this “war.” But what if they’re as much to blame as the president in this back-and-forth? And what if readers are to blame as well?

A Book Born Out of the Cold War

In an unpublished manuscript titled “The War of Words,” the late rhetorical theorist and cultural critic Kenneth Burke cast the media as agents of political warfare. In 2012, we found this manuscript in Burke’s papers and, after working closely with Burke’s family and the University of California Press, it was published in October 2018.

In “The War of Words,” Burke urges readers to recognize the role they also play in sustaining polarization. He points to how seemingly innocuous features in a news story can actually compromise values readers might hold, whether it’s debating the issues further, finding points of consensus, and, ideally, avoiding war.

In 1939—just before Adolf Hitler invaded Poland—Burke wrote an influential essay, “The Rhetoric of Hitler’s ‘Battle,’” in which he outlined how Hitler had weaponized language to foment antipathy, scapegoat Jews and unite Germans against a common enemy.

After World War II ended and America’s leaders turned their attention to the Soviet Union, Burke saw some parallels to Hitler in the way language was being weaponized in the U.S.

He worried that the U.S. might remain on a permanent wartime footing and that a drumbeat of oppositional rhetoric directed at the Soviet Union was making the nation susceptible to slipping into yet another war.

Tormented by this possibility, he published two books, “A Grammar of Motives” and “A Rhetoric of Motives,” in which he sought to inoculate Americans from the sort of political speech that, in his view, could lead to a nuclear holocaust.

“The War of Words” was originally supposed to be part of “A Rhetoric of Motives.” But at the last minute, Burke decided to set it aside and publish it later. Unfortunately, he never ended up publishing it before his death in 1993.

The thesis of “The War of Words” is simple and, in our view, holds up today: Political warfare is ubiquitous, unrelenting and inevitable. News coverage and commentary are frequently biased, whether journalists and readers are aware of it or not. And all media coverage, therefore, demands careful scrutiny.

To Burke, you don’t have to launch social media missives in order to participate in sustaining a polarized political environment.

Instead, the quiet consumption of news reporting is enough to do the trick.

How to Survive the ‘War of Words’

To help audiences understand this point, Burke wrote “Imagine a passage built about a set of oppositions (‘we do this, but they on the other hand do that; we stay here, but they go there; we look up, but they look down,’ etc.). Once you grasp the trend of the form, [you see that] it invites participation regardless of the subject matter…you will find yourself swinging along with the succession of antitheses, even though you may not agree with the proposition that is being presented in this form.”

Burke calls this phenomenon “collaborative expectancy”—collaborative because it encourages us to swing along together, and “expectancy” because of the predictability of each side’s argument.

This predictability encourages readers to embrace an argument without considering whether we find it persuasive. They simply sit on one of two opposing sides and nod along.

According to Burke, if you passively consume the news, swinging along with headlines as the midterms unfold, political divisions will likely be further cemented.

However if you become aware of how the media reports you’re consuming seek to subtly position and influence you, you’ll likely seek out more sources and become more deliberative. You might notice what’s missing from a debate, and what really might be motivating the outlet.

To avoid getting sucked into a dynamic of two opposing, gridlocked forces, it’s important for all readers to make their consciousness a matter of conscience.

Kyle Jensen is an associate professor of English at the University of North Texas. Jack Selzer is the Paterno Family Liberal Arts Professor of Literature at Pennsylvania State University. This is an abridged version of an article originally published on The Conversation.