What Is Local News? 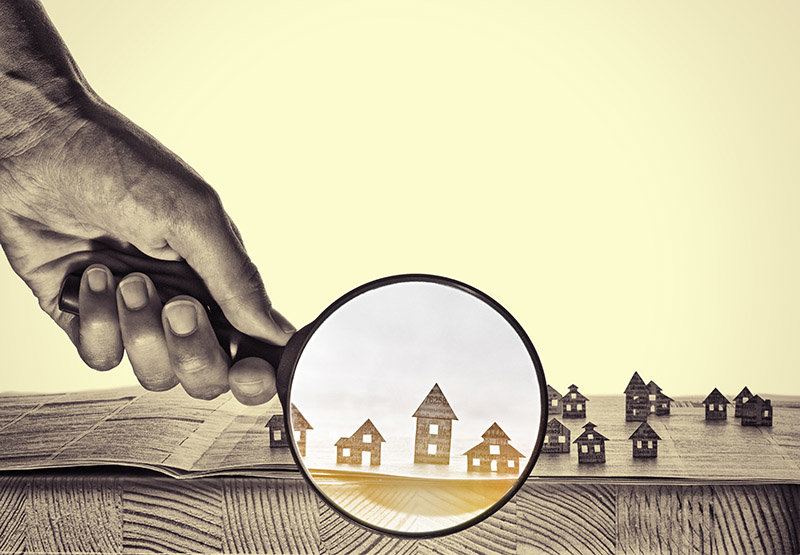 What is local news? A recent report by the Pew Research Center claims to measure Americans’ perceptions of journalism in their communities. But the results show that the largest share of the 35,000 people who were surveyed—38 percent—say their medium of choice is television.

Moreover, the kinds of news that respondents say are “important for daily life” are an exact match for the typical fare of a local TV newscast. Coming in first was weather (70 percent), followed by crime (44 percent), traffic and transportation (41 percent), and news about changing prices (37 percent). The fifth-most-cited topic, government and politics, was far behind at 24 percent. (The survey includes a wicked cool interactive on how people are consuming local news in different parts of the country.)

Reaction to the Pew survey has focused mainly on the fact that 71 percent of respondents seem to think their local news outlets are doing just fine financially, with only 14 percent saying they’ve paid for local news during the past year. “These findings unnerved those who believe that local news is hugely important in our culture and that it needs public support to survive,” wrote Washington Post media columnist Margaret Sullivan. She quoted David Chavern, president of the News Media Alliance, as saying, “I found the survey results to be really sad and disturbing.”

Sullivan and Chavern are right if you’re talking about the sort of accountability journalism that we need to govern ourselves. But that’s not really what Pew measured. To me, the more disturbing finding isn’t that those surveyed misperceive the financial crisis facing local journalism—it’s that they don’t understand what local journalism is. In fact, as Laura Hazard Owen pointed out at the Nieman Lab, local TV news is doing OK financially, at least in comparison to newspapers. But the mission of TV news isn’t really local. It’s regional.

I have not come to bash the newscasts offered by local television. They perform a service. There’s no reason to be snobbish about a roundup of breaking news, the weather, sports (even though it did poorly in the survey), and the odd waterskiing squirrel or two.

Yes, TV newscasts should offer more political, governmental, and investigative reporting than they do. (My Northeastern colleagues John Wihbey and Mike Beaudet are studying how to improve local TV news in advance of the 2020 elections.) But it’s not their job to cover the routine occurrences of community life—that is, what’s going on at city or town hall, schools, police, fire, and why isn’t anyone fixing that huge pothole on Main Street? Nor is such news in the wheelhouse of city dailies or of public radio. Rather, community news is uniquely the purview of local newspapers and, in a few places, various types of digital startups. And that is precisely where the crisis in journalism is unfolding.

Let’s go back to the Pew survey. About half of those who responded, or 47 percent, said the local news they get “mostly covers an area other than where they live such as a nearby city” (my emphasis). A slightly higher proportion, 51 percent, said their local news “mostly covers their living area.” Those findings correlate with how satisfied people are with the local news they consume, with higher percentages of those who believe their news has more of a local focus reporting that the news is accurate, thorough, and fair.

Needless to say, small daily and weekly papers are the source of most local news. But only 17 percent of survey respondents said they “often” get local news from daily papers, and a minuscule 7 percent get it from non-daily papers. Even though many papers have been eviscerated because of changing market forces and the depredations of corporate chain ownership, they still stand out as the main source of news about what’s going on at the community and neighborhood level.

We often hear about the need for media literacy, and who could oppose it? Last November, though, I wrote that we actually need civic literacy first. People aren’t reading newspapers or visiting community websites because they don’t understand that what’s in them affects their lives and those of their neighbors.

What we need is to rebuild the infrastructure for local news and to educate the public about why it matters. Recently the Knight Foundation announced a $300 million, five-year investment for “reimagining local news, funding tested solutions, experiments and basic research,” according to president and chief executive Alberto Ibargüen.

“Local news is the foundation of American democracy,” Ibargüen wrote. “But it’s in crisis. Internet platforms have decimated their business model. The past 15 years have been marked by layoffs and shutdowns, leaving swaths of the country without a broad and common baseline of shared information. When there is no agreement on fundamental facts, misinformation and disinformation proliferates, coursing through social media and search platforms, further eroding our trust in media and in each other.”

Maybe the most disturbing aspect of the Pew report was that it measured the wrong thing, because the people who were surveyed didn’t know any better. That’s not their fault. It’s ours. In effect, our own poor efforts are being reflected back at us. So what are we going to do about it?

Dan Kennedy is an associate professor of journalism at Northeastern University and the author of three books, most recently “The Return of the Moguls: How Jeff Bezos and John Henry Are Remaking Newspapers for the Twenty-First Century” (2018). This article was originally published by WGBH News.