Stonewalling the press as political strategy

Limiting access to lawmakers is politically expedient, but press advocates say it violates the First Amendment

We feel that access to lawmakers immediately, whether it’s during a vote or debate, allowed our reporters to make things even more transparent, to get clarification, to make their reporting even better because they were able to ask those questions in real time.”
Emily Bradbury, executive director, Kansas Press Association
Gretchen A. Peck | for Editor & Publisher

The pandemic made us all appreciate face-to-face interactions — the ability to have personal, close and even candid conversations. While it’s something many of us take for granted, reporters know how vital it can be to query a source in person. Take, for example, reporters working at municipal and state government seats all across the country. A phone call or even a video interview with a legislator can never wholly substitute a conversation had in person, even during a press gaggle, or by way of a chance encounter in the hallway. When that ability or access is impeded for journalists, it makes the reporting more difficult, certainly, but it also potentially harms the public’s ability to know what their elected officials are up to.

The case of the Iowa Senate’s “repositioning” of journalists garnered national attention. In late 2021, the state Senate decided that the 2022 session would begin with a new rule for journalists: They’d be moved from the “press bench” and relegated to the upper-level gallery, reserved for the public. Reporters can still see and hear the proceedings down below, but they no longer have the opportunity to ask immediate follow-up questions of debating legislators. As The Washington Post’s Kim Bellware pointed out in her reporting on the move, the rule change “breaks with a more than 140-year tradition at the Iowa Capitol.”

Legislators lauded the new rule as a way to separate the journalistic wheat from the chaff, so to speak, suggesting they needed to tamp down on the number of non-traditional or alternative media reporters and bloggers freely roaming the chamber.

Something similar is unfolding at Utah’s statehouse, where credentialed reporters are restricted from the House and Senate floors and now need “permission” to interview lawmakers.

In early February 2022, the American Civil Liberties Union of Indiana filed a lawsuit against the state’s Attorney General (AG), Todd Rokita, on behalf of a journalist — Abdul-Hakim Shabazz, who’s covered state government for nearly two decades. He is the editor-publisher of the Indy Politics website and a radio show host. In October 2021, he was banned from attending the AG’s press events. Rokita alleged Shabazz was a "gossip columnist." The ACLU explained in a statement: "The actions taken by the Attorney General came after Shabazz was selected to moderate a Republican Senate debate in 2018, in which then-candidate Rokita was participating. It is reported that then-candidate Rokita objected to Mr. Shabazz moderating the debate and stated that the debate should be moderated by conservatives, not ‘liberal media figures.’”

Fortunately, these incidents are anecdotal and not widespread.

Laurie Hieb, executive director for the Oregon Newspaper Publishers Association, reported to E&P, “Our capital has been closed for business for two sessions now, so it has been even more difficult for anyone to get to lawmakers. I know some states have been open the entire time. When we are open, we don’t have the problem you describe, or at least I haven’t heard of them from my members.”

California government reporters still enjoy access to state legislators. However, only lawmakers and their staff are allowed directly on the floor, Brittney Barsotti, general counsel for the California News Publishers Association (CNPA), pointed out.

“If you wish to speak with a member, you are allowed to have the sergeant at arms pass a business card to the member, or reach out to staff, and the legislator can leave the floor to talk to you. It has been that way for a while here, and it applies equally,” she told E&P in an email.

Things are different in Kansas, where new restrictive rules are in place. 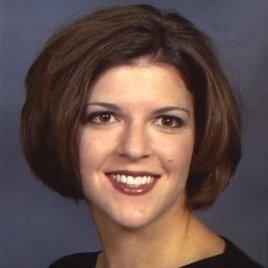 “This was pretty out of the blue for us,” Emily Bradbury, the executive director of the Kansas Press Association, told E&P. “There really wasn’t much advanced warning. … It breaks an almost 150-year tradition here in Kansas.”

Proponents contended that reporters have more access to the statehouse than ever through live streaming — access the association had lobbied for, incidentally. They also questioned press credentials.

“We feel that access to lawmakers immediately, whether it’s during a vote or debate, allowed our reporters to make things even more transparent, to get clarification, to make their reporting even better because they were able to ask those questions in real time,” Bradbury explained to E&P in our follow-up. The association offered to help lawmakers fairly revise the rules. No one took them up on the offer.

Bradbury said Kansas is notorious for being “one of the most secretive states.”

“We are by no means the poster child for transparency,” she added, “and we really want to make sure this doesn’t go any further.”

The good news and bad news about Gannett

E&P Exclusives
2022 EPPY Award Winners
This year’s EPPY Awards received more than 400 entries. Winners were selected from an international list of nominations to honor the best in digital media across more than 40 diverse categories.
International Newspaper Group conference provides operations snapshot
After a nearly three-year COVID-related hiatus, newspaper industry executives gathered at the Hotel Viking in Newport, Rhode Island, for an International Newspaper Group conference, Sept. 17-19. The conference provided a snapshot of the innovations, challenges and general state of newspaper operations in North America. Here are five takeaways from the event.
Reporting on prisons: Stories of life inside
Reporting on prisons in the United States can be challenging and often frustrating for even the most respected publications and seasoned journalists. It can't be approached like any other beat. The good news is that organizations are penetrating the confusing, dense veil of prison policies and prison life. And, they’re supporting prisoners who dare to write as incarcerated journalists and sharing tips with editors and journalists on the outside who want to report on prisons.

Partner News
E&P's "25 under 35" nominations are open!
We need your help in recognizing the next generation of news publishing leaders,. We’re talking about people who are young, bright, and capable of tackling whatever the changing news media climate throws at them. Please help us by nominating a news publishing up-and-comer (or yourself) for our “25 Under 35” feature story that will appear in our February 2023 issue.
Number of SMBs Double, But Ad Spending Goes Stagnant?
It's going to be a rough year for local advertising in 2023. Borrell is forecasting that growth will be at a near-standstill, held back by a combination of economic pressures and a dramatic reshaping of the type of businesses now operating in each market. Borrell will unveil its forecasts and describe the change in business composition during a 45-minute webinar at 11 a.m. Eastern on Thursday, Nov. 17. The webinar is free.
Cracking the content monetization code: A European case study
Mediahuis, an international media group with a range of powerful brands and activities in many European countries and Ireland's leading print and digital media publisher, reaches millions …
Doorfront Direct celebrates five-year anniversary
Doorfront Direct, the nation’s largest independent magazine and catalog delivery network, celebrates its five-year anniversary on Dec. 5.
New Jersey media company selects SCS to provide integrated, front-to-back advertising and production solution
In October 2022, Seawave Corporation, publisher of the Cape May County Herald in Rio Grande, New Jersey, signed a contract with SCS to implement the Community Advertising System to standardize and modernize its advertising and production workflows.