The award-winning newspaper travels 3,000 miles to Greenland to discover how melting ice has an effect on the rising South Carolina coast.

The Post and Courier (Charleston, South Carolina) recently published a special report detailing how the melting ice in Greenland is effecting the South Carolina Lowcountry, from rising seas to heavier rains. Projects Reporter Tony Bartelme and Photojournalist Lauren Petracca traveled to Greenland to research and cover this story as a part of the newspaper's deep dive into climate issues facing the state. 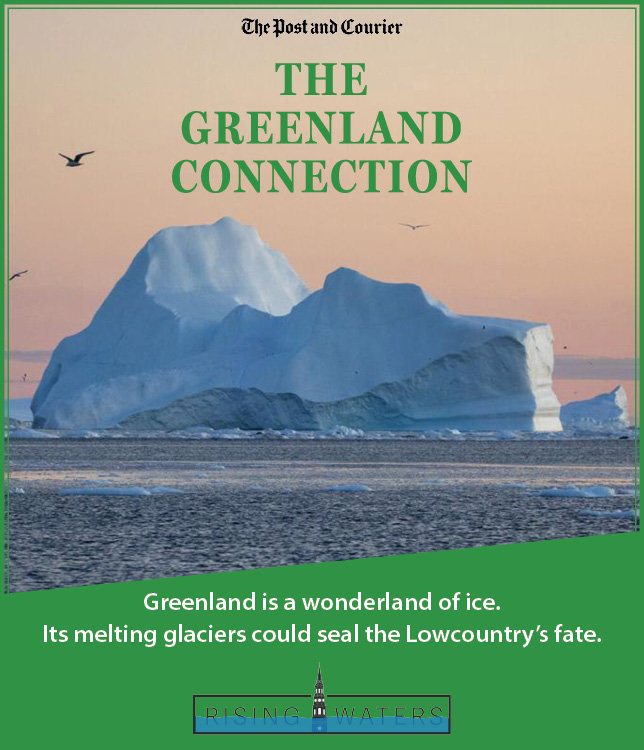 Bartelme and Petracca worked with Josh Willis, a climate scientist with NASA’s Jet Propulsion Laboratory and head of the Oceans Melting Greenland project. Willis has been researching the ocean's effect on the ice in Greenland for the past six years, and through this research has discovered that glaciers are even more threatened than once previously thought. Approximately 280 billion tons of the massive ice sheet in Greenland melts into the ocean every year and about 15% of Charleston’s rising sea level can be connected to this melting ice.

Bartelme, who also reported on The Post and Courier’s "Rising Waters," an in-depth series on the increased flooding in the Charleston area, said: “We explored one of the most important stories that hardly anyone is talking about — how melting ice in Greenland affects the gravitational pull on oceans. This has a direct effect on sea levels in South Carolina’s Lowcountry, where every inch of sea rise matters.” 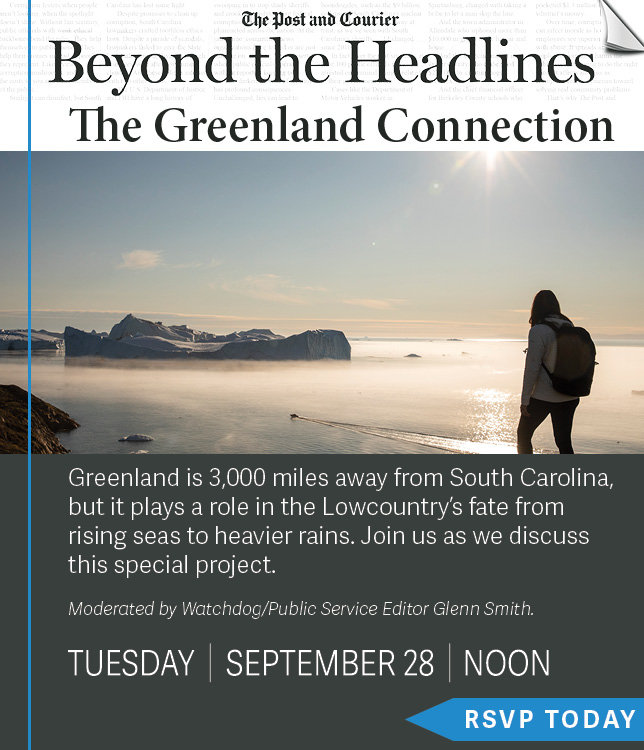 Autumn Phillips, executive editor of The Post and Courier, added: “The Greenland Connection is a huge, creative swing to show how something happening half a globe away is changing things for us. The storytelling by Bartelme and the visuals by Petracca will capture your imagination — transporting readers while also making them think.”

The Post and Courier is a privately held, family-owned media company headquartered in Charleston, S.C. In keeping with its proud history, The Post and Courier is dedicated to serving its customers, employees and communities with unconditional integrity, and promises to deliver the highest standards of service and impactful, solutions-based journalism.

How the 2020 election sparked a new kind of journalism

Judi Terzotis announced as E&P’s 2021 'Publisher of the Year'
Judi Terzotis, president and publisher of The Times-Picayune (New Orleans, Louisiana), NOLA.com and The Advocate in Baton Rouge, was announced today as "E&P's 2021 Publisher of the Year," at the America's Newspapers Senior Leadership Conference in Colorado Springs. The announcement was made by E&P’s Associate Publisher, Robin Blinder, where the audience was treated to a video, showing how E&P notified and surprised Judi, via ZOOM.
Partner News
Maximize print and online subscription revenue by leveraging turnkey solutions
Join E&P for this FREE one-hour Webinar on Wednesday, Oct. 27 at 12n EDT, to learn how two news publishing companies cut their marketing spend while still growing needed audience and reader revenue. Register now to gain actionable, take to market, proven solutions that can be implemented by any size media company to grow needed subscription revenue.
Deploying Apps and Audio News Cost Effectively | 3 Case Studies
This one-hour Webinar shows how three publishers are focusing on serving the growing mobile audience with native apps and audio content, both produced automatically as content is published to their WordPress websites.

Media Appraiser Kevin Kamen Advises Forbes on 400 Richest American's List
Uniondale, NY - On October 5, 2021, FORBES released its 40th annual ranking of the 400 Richest Americans. This study is one of the most anticipated and widely read FORBES …
Sports Illustrated and SI Kids now available to PressReader audiences
Since mid-September, the iconic Sports Illustrated and Sports Illustrated Kids magazines have been available to PressReader users in Australia, Canada, Ireland, Mexico, New Zealand, U.K and the U.S. PressReader will leverage its B2B and B2C network and distribute the magazines in those countries.
French newspaper group launches DIY Sopenads in partnership with iPublish Media Solutions
iPublish Media Solutions has launched its first French-English AdPortal SMB, in partnership with Sud Ouest Publicité, a leading publishing group of five newspapers in southwest France, headquartered in Bordeaux.