Three reporters are joining Express at The New York Times

The Express desk is adding three new general assignment reporters to replace some of our breaking news veterans who recently joined other departments in the newsroom. 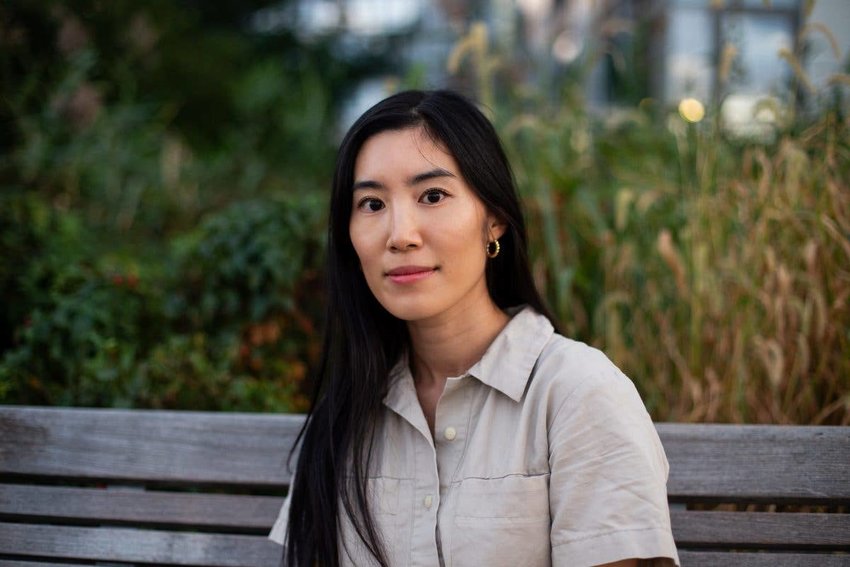 First up is Christine Chung, a reporter with nearly seven years’ experience in metro New York journalism, who is joining us from The City, the local news nonprofit, where she covered Queens (“undoubtedly the city’s best borough,” Christine declares).

She said her goal there was to cover the borough in all its breadth and diversity. “A theme of my work here: inequality across disenfranchised communities,” she writes. Before that she spent three years covering local government in Nassau County for Newsday. A lifelong East Coaster, she’s a graduate of Williams College and the Columbia University School of Journalism. 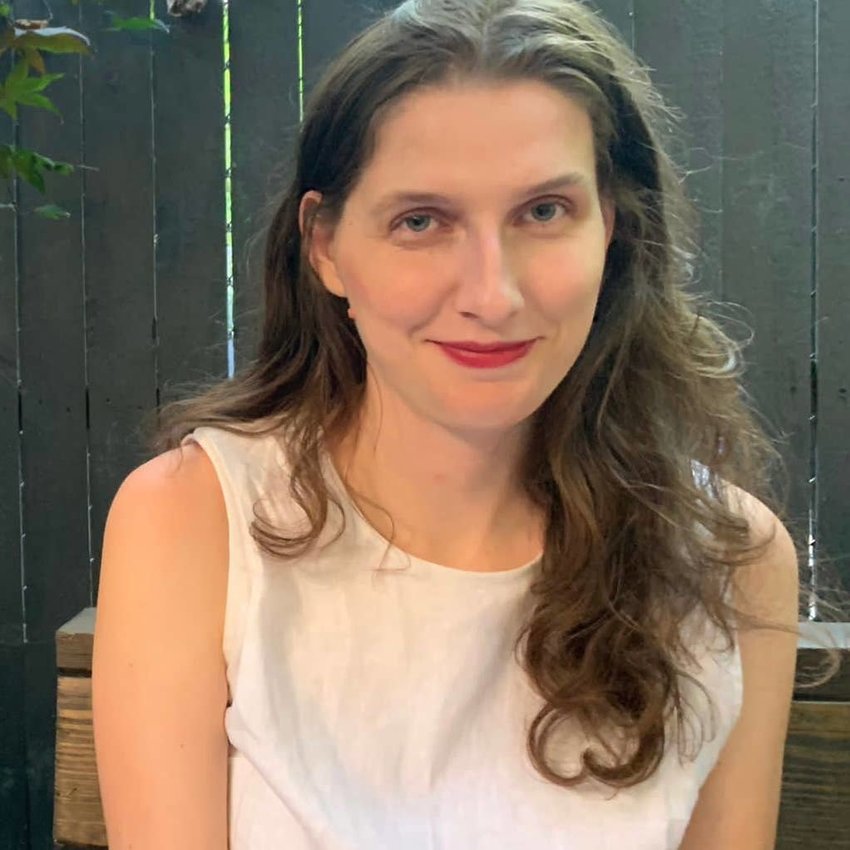 Second is Amanda Holpuch, a reporter at The Guardian U.S. for nearly 10 years, where she covered hard news, enterprise and quirky features for the website and British print edition. Her assignments have taken her to the U.S. southern border and to Puerto Rico for the aftermath of Hurricane Maria. “On one typical day,” she says, “I live-blogged the opening of the U.S. embassy in Jerusalem, then wrote a fast feature on how the British were in a frenzy because they (incorrectly) thought The Times was instructing people to put sugar on a traditionally savory British side dish.” (It was Yorkshire pudding.) Since March her reporting has focused on the health and economic consequences of Covid-19.

Amanda and Christine will join the newsroom on Nov. 8. 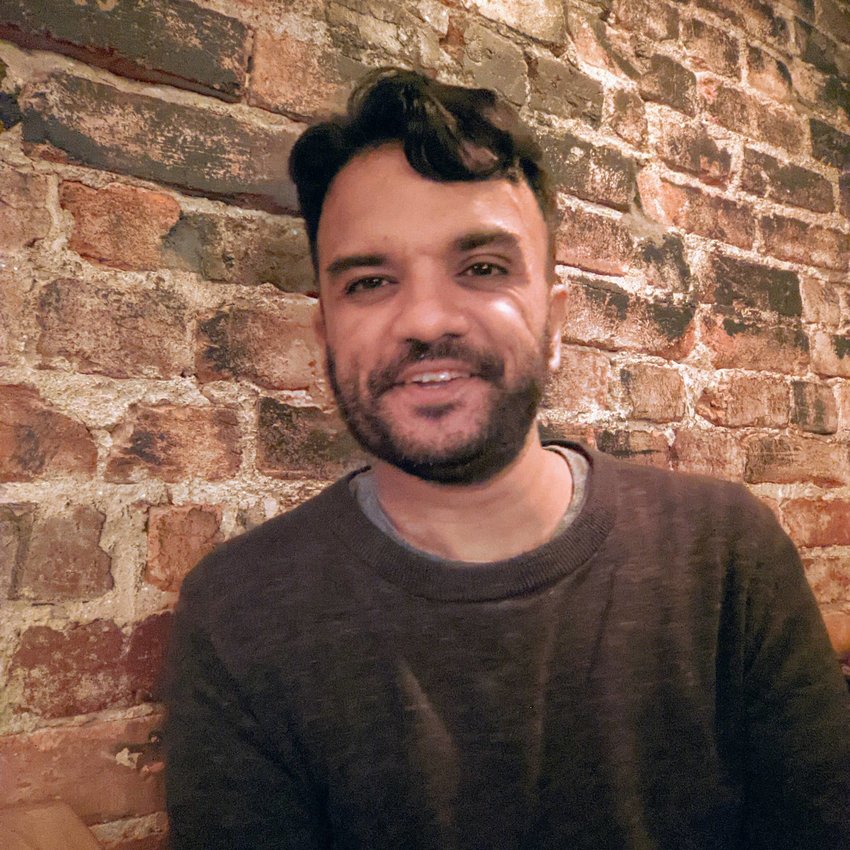 The third new reporter is already here: Vimal Patel, a former reporter for The Chronicle of Higher Education with nearly 12 years in journalism. Since the summer, Vimal has been working for Express on a temporary basis, helping to cover for a leave. He majored in journalism at Colorado State, had internships at The Denver Post and the Los Angeles Times, then worked a few years at The Bryan-College Station Eagle, a Texas daily, before joining The Chronicle, where he wrote for the last seven years about graduate education, social mobility and campus culture. He also ran the internship program there for three years.

Vimal has recently settled into the night shift, where he covered one of the more educational crime stories in recent memory: the seizure of fossils in a police raid that shed new light on a prehistoric pterosaur species

That’s a lot of reporting experience and firepower joining the team. Please give these three a warm welcome.

David Trinko to become editor of The Lima News

E&P Exclusives
The publisher / post office partnership fractures
It appears the United States Postal Service (USPS) is jumping on the bandwagon, adding one more financial and operational burden to newspapers nationwide. Effective Aug. 29, the Postal Regulatory Commission approved raising rates for newspapers to 9%. The National Newspaper Association (NNA) and News Media Alliance pushed back on these increases.
Lee Enterprises' Board puts plan in place to hold back takeover by hedge-fund Alden Global Capital
On Wednesday afternoon (Nov. 24, 2021), Lee Enterprises, announced in a press release that “its Board of Directors has unanimously adopted a limited-duration shareholder rights plan (Rights Plan)." Within the statement from Lee Chairman Mary Junck: "Consistent with its fiduciary duties, Lee's Board has taken this action to ensure our shareholders receive fair treatment, full transparency and protection in connection with Alden's unsolicited proposal to acquire Lee."
Educators honored
The Scott C. Schurz Press Freedom Teacher Award celebrates teachers worldwide who educate young people about the need for journalism and the real-world dangers to journalists everywhere. This year, the award recognizes three outstanding educators from three continents.

Industry News
Congressman DeSaulnier introduces legislative package to support and preserve local journalism
On Monday, Nov. 29, Congressman Mark DeSaulnier (CA-11), along with his colleagues Congressman Ed Perlmutter (CO-07), Congressman Jamie Raskin (MD-08), and Congressman David Cicilline (RI-01) introduced two pieces of legislation aimed at supporting and protecting local journalism, and honoring its role in bolstering our democracy, holding government accountable, and informing the electorate.
Ogden Newspapers purchases Swift Communications
With the acquisition, Ogden Newspapers will publish 54 daily newspapers and a number of weekly newspapers and magazines in 18 states.
What happens to democracy when local journalism dries up?
By 2020, out of the 3,000-plus U.S. counties, half had just one local print newspaper of any kind. Only a third had a daily newspaper. Over 200 counties had no newspaper whatsoever. This trend in local news has been life-changing, of course, for the employees who lose their jobs and incomes. But even more concerning is what happens to the communities they used to serve — and, more broadly, what happens to our society and our ability to self-govern when local news dries up.

David Trinko to become editor of The Lima News
David Trinko will be succeeding current editor Jim Krumel, who is retiring on Dec. 31.

Partner News
Bay Area News Group is Looking for a Digital Product and Sales Director
Bay Area News Group, a subsidiary of MediaNews Group, is seeking a Digital Product andSales Director to join the team! The Digital Product and Sales Director designs and executes the sales plan for the department in coordination with senior management and has ultimate accountability for the sales team which drives our success. The ideal candidate will have strong interpersonal skills, a collaborative spirit, and demonstrates strong leadership qualities that inspire and motivate the sales team.
2 case studies on maximizing print and online subscription revenue by leveraging turnkey solutions
This Webinar featured how two news publishing companies cut their marketing spend while still growing needed audience and reader revenue. Attendees gained actionable, take to market, proven solutions that can be implemented by any size media company to grow needed subscription revenue.
Subtext selected by BlueLena to provide customers intimate avenue to strengthen audience relationships, boost revenue
BlueLena has named Subtext as the preferred SMS vendor for its clients.
MvWd Enterprises acquires Wallit, a Wisconsin–based software firm
HINSDALE, MA. & CLIFTON PARK, N.Y. (November 15, 2021) – Wallit, a state-of-the-art software firm based in Milwaukee, which provides paywall services to dozens of publishers throughout the United States, has sold a majority stake to MvWd Enterprises, a media group based in the Berkshires (western Massachusetts) and New York's Capital Region. MvWd Enterprises is headed by Warren Dews, Jr. and Mark Vinciguerra.