Many of the readers of this article are likely podcast listeners; they and millions of other Americans and audiences across the globe are responsible for driving this audio medium/entertainment phenomenon. Edison Research and Triton Digital, in “The Infinite Dial 2021” report, estimate there are 162 million podcast listeners in the U.S. or 57% of the population 12+. That’s a 42.5% increase during 2017.

Unsurprisingly, major media companies, social commentators, celebrities and others have launched millions of podcasts. Vox Media has a well-established reputation as an influential and leading independent media company. It is enhancing that reputation with its podcasts created and produced by the Vox Creative team. 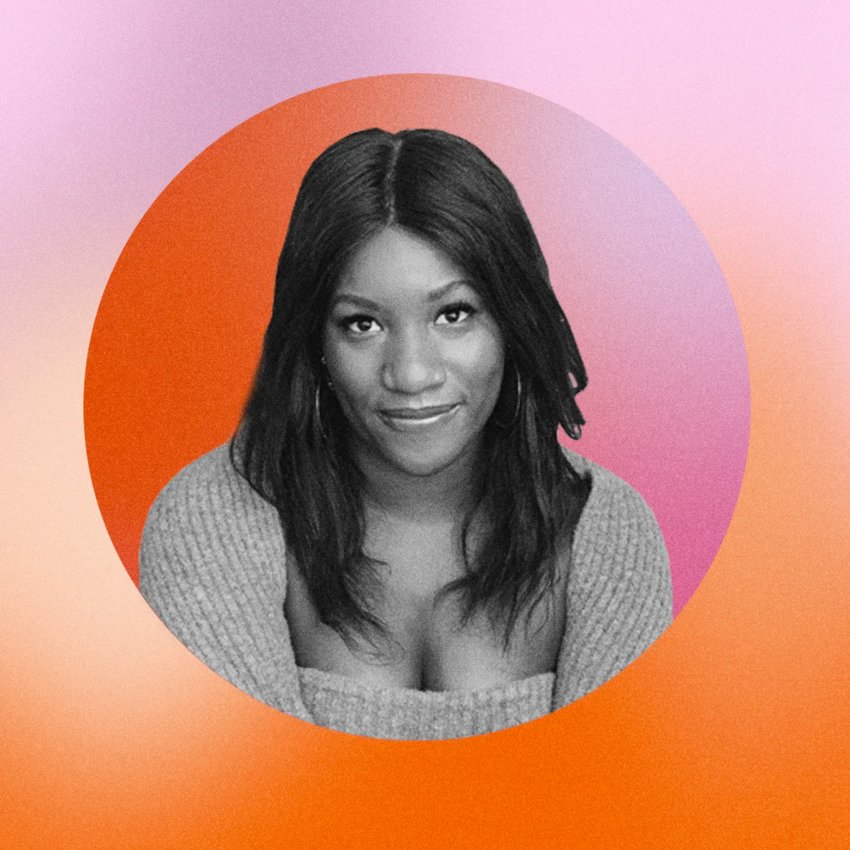 Danielle Prescod, host of “More Than This”

After its “Who We Are” podcast, sponsored by Ben and Jerry’s, was included in Apple’s list of Top 10 history podcasts, Vox Creative’s newest podcast series is also making history. The team created a new immersive transcript for each of the six episodes of the “More Than This” podcast hosted by Danielle Prescod, author and founder of 2BG, and sponsored by Straight Talk Wireless.

The inspiration for the immersive transcript program was Mandy Harvey, a musician, the first guest of the “More Than This” podcast, and who lost her hearing during her college years. This pioneering transcript format is more visual. It shares more of the emotions and feelings of a podcast to create an experience more inclusive for the deaf and hard-of-hearing audience. (See example below of how an emotion/feeling is displayed in the immersive transcript of “More Than This.”) 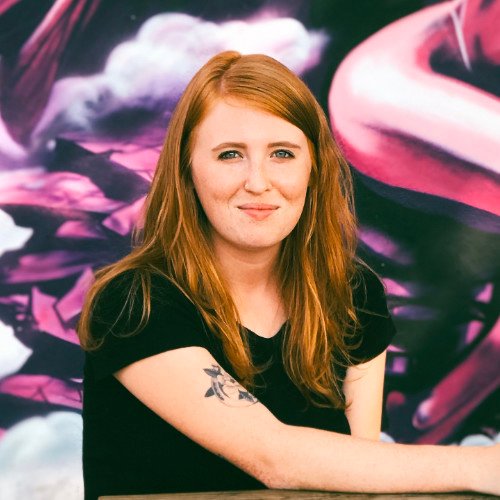 Martha Daniel, senior producer of “More Than This”

“There are more than 30 million hearing-impaired persons in the U.S. who can’t be part of the growing podcast audience,” said Martha Daniel, senior producer of “More Than This” and a member of the Vox Creative team. “During a pre-production conversation with Mandy, she shared her concern that her participation was an underwhelming experience for her because she couldn't listen to the episode. Our creative team decided to address her concern.”

Daniel added that most podcast transcripts are a valuable feature for their audiences. Too often, however, they are prepared quickly, and automated transcription tools aren't 100% accurate, causing omissions and some mistranslations of conversations. 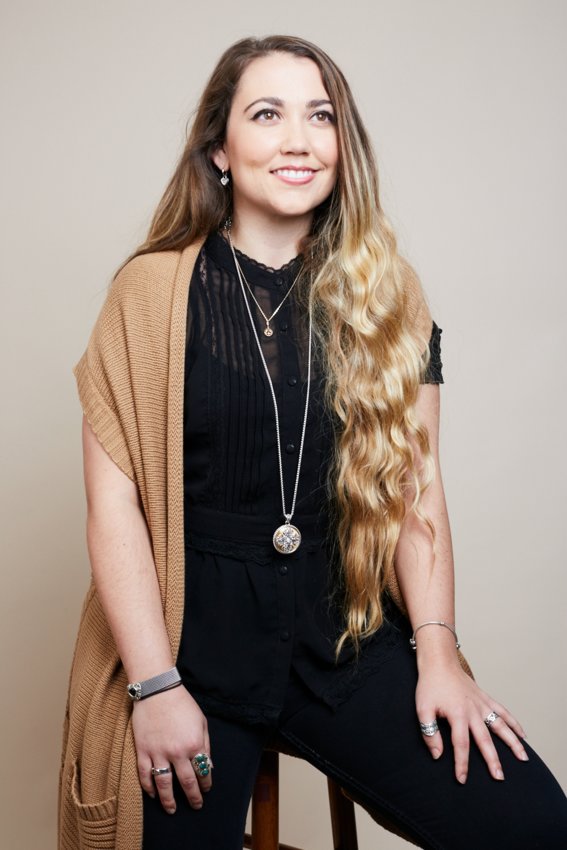 Lauren O’Connell, art director of the immersive transcript project for “More Than This”

Daniel and Annu Subramanian, executive producer, Audio at Vox Creative, challenged a team of engineers, graphic artists and designers to develop the immersive transcript concept. Lauren O’Connell was the project’s art director, and Uy Tieu was the designer. JamiLee Hoglind, a disability and accessibility consultant, provided advice and the concept was tested with a focus group of deaf and hard-of-hearing persons.

Daniel also cited the valuable contribution of Taylor Henry, production manager of Vox Creative, to the creative elements of the transcript, and FRQNCY Media, which was the team’s audio production partner.

“We are pleased everyone involved, including Danielle, the six guests for the More Than This series, our loyal listeners, Vox Media management and Straight Talk Wireless, have been very supportive of this project,” said Daniel. “Most important, our deaf and hard-of-hearing audience have provided positive feedback. This will allow us to refine the transcript format and retain its best features.”

Daniel said that beyond any increase in listeners generated from the immersive transcript project, the more-rewarding measure of Vox Creative’s team success will be how the project influences other podcast production teams.

10 news publishers that do it right

Audience engagement insights: 'The internet has made television and newspapers better'

E&P Exclusives
Globe Rhode Island
In Massachusetts and throughout New England, The Boston Globe has been the great revolving world of news for 150 years. During the summer of 2019, it launched Globe Rhode Island in Providence, as part of a strategic initiative to recognize and serve distinct New England audiences with the news that is important to them. It was the subject of a recent E&P Reports vodcast.
Pulitzer Prizes new administrator plans to use platform to better inform about the importance of journalism
Marjorie Miller, the administrator of the Pulitzer Prizes, hopes to use her platform to further public education on journalism, highlight the winners and showcase their work in a way that increases public understanding. “In addition to honoring some of the best journalists in the country this year, I want to ask the journalists to help in this mission of showing the public how it’s done, how they do their work, what role it plays — particularly in local journalism but also national journalism."
Four strategies for sales growth in Q4 and beyond
The most challenging thing about being a sales leader is your adeptness at exponential sales growth. Like most leaders, the constant need for innovation for revenue ascension can be complex and sometimes challenging to navigate. Here are four strategies you can put in place today to accelerate your sales for Q4 and beyond.

#NewsMedia Industry News
Nebraska investigation into suspected medication abortion suggests hidden threats to press freedom post-Dobbs
The case shows how the new patchwork of abortion laws could ensnare the press.
Opinion: Mr. President, where is the action for Austin Tice?
Austin Tice worked as a freelance correspondent for McClatchy before his capture.

Alex Wagner talks about her debut as permanent MSNBC primetime host: 'This is going to be a different show'
When Alex Wagner debuts her new MSNBC show on Tuesday, she will be taking on an unusual arrangement that came about following Rachel Maddow’s contract renewal with NBCUniversal.

E&P's 2022  Publisher of the Year nominations are now open
We are seeking your assistance in recognizing a leader with business acumen, technical savvy, and a deep understanding of what needs to be done to stay successful — along with the fortitude and tenacity to implement change. “Publisher of the Year” recognition is open to all news media publishers worldwide.
Announcing the 2022 inaugural class of “E&P’s Creative Visionaries"
Announcing the 2022 inaugural class of “E&P’s Creative Visionaries,” our salute to the creative directors, graphic artists and multimedia designers. They bring storytelling to life, curating captivating images, informative graphics, copy, and increasingly, video and audio. Their talents for communicating the news in visually intriguing but effective ways are integral to a news organization’s success today.
The Philadelphia Inquirer shares why their new editorial portal is key to future operations
Matt Boggie is the Chief Technology & Product Officer at The Philadelphia Inquirer. He is very clear about the role that Roxen's Editorial Portal plays for the development of the newspaper.
Stacker and Patch Labs partner to bring local data journalism to independent publishers
Stacker and Patch Labs are joining forces to provide independent publishers the content, services and technology they need to scale their operations. Their new partnership will provide Patch Labs publishers free access to the Stacker Newswire.