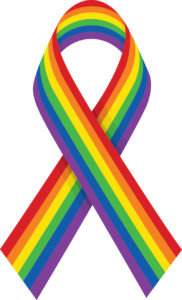 The country’s first gay newspaper, the Washington Blade, recently celebrated its 50th anniversary. The Blade’s first edition was released Oct. 5, 1969 after the Stonewall Riots—a rebellion that occurred after the raid of a gay club.

According to a press release, the Blade was initially a local publication that covered and was a resource to the growing LGBTQ community in Washington, D.C. It has since expanded over the past five decades to include coverage of political news and is currently the only LGBTQ source in the White House press pool and is the only LGBTQ outlet in the White House Correspondents’ Association. Recently, the Blade’s mission has grown to include international coverage, much of it focusing on LGBTQ issues in Latin America and the Caribbean.

On Oct.18, the newspaper celebrated its milestone with a gala in Washington, D.C. Confirmed speakers included Mayor Muriel Bowser and Rep. David Cicilline (D-R.I.), an openly gay member of the U.S. House of Representatives.

Kevin Naff, co-owner and editor of the Blade, told E&P, “We (celebrated) with a gala because we wanted to bring together our diverse community of readers, advertisers, community activists, staff and other longtime supporters for a well-deserved celebration. This is a nice respite from all the doom and gloom surrounding the newspaper industry.”

Proceeds from the gala went to the The Blade Foundation, which works to support, train and encourage diversity in the next generation of LGBTQ journalists.