He sells an HR company, lives on his Napa vineyard & now owns The Chief, the NYC voice of labor.

August has no roots in journalism or media, having sold a lucrative human resource services company he built. And since then, devoting himself to his Napa Valley vineyard and a nonprofit group that investigates who really wrote the plays attributed to Shakespeare.

But his passion for supporting the “worker” compelled him to enter our industry to steward The Chief, whose masthead proclaims it “A Voice for Workers,” bulleting: “Good Pay, Safety, Opportunity and Equity” as the publications’ key missions to its readers. 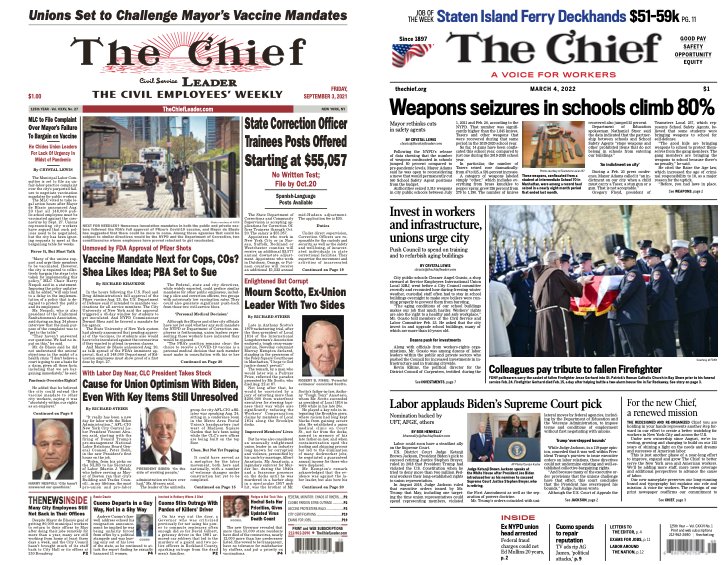 Referenced slides on "The Chief-Leader" re-design

Now with a new editorial team, design and website, August said his mission is to expand this century-old brand (whose name stems from its 1897 founding as the independent newspaper for NYC firefighters) to be the voice of workers beyond the borders of New York City.

In this 132nd episode of E&P Reports, Ben August, the new owner and publisher of The Chief, New York City’s weekly newspaper for municipal workers, explains why he is spending less time on his Napa Vineyard and more time devoted to transforming a more than 100-year-old newspaper into a modernized voice for workers everywhere. Also on this episode is a well-known industry consultant and founder of Creative Circle Media Solutions, Bill Ostendorf, who explains the transformation process of the paper's print design and website and plans for its expansion over the months to come.