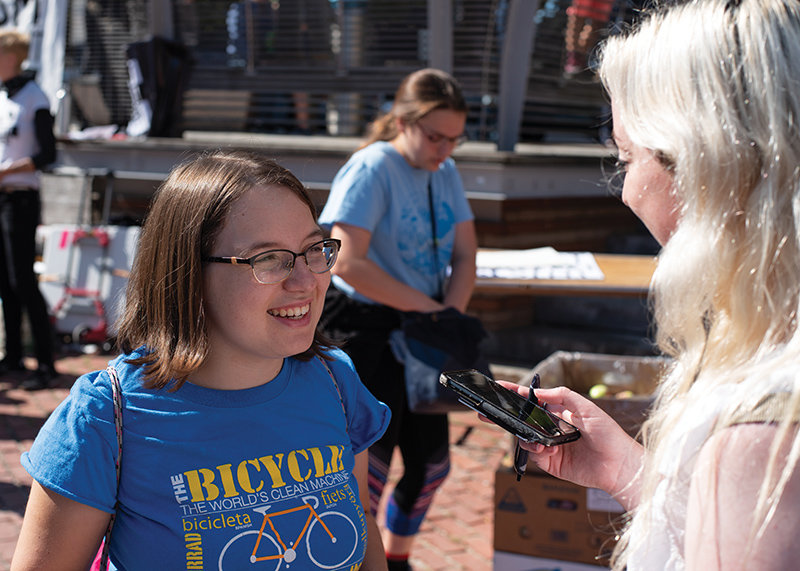 Just outside of Boston one of the first suburban cities you’ll encounter is Newton, Mass. According to Scott Allen, assistant managing editor for the Boston Globe, it’s a city that has great schools, lots of professionals and extremely loyal Globe readers. So when residents expressed concerns that local coverage of the community had fallen off in recent years, the Globe set out to fix the problem.

Mitch Zuckoff, a professor at the Boston University (BU) College of Communications and a former Globe staff member, was contacted to help brainstorm coverage ideas. One of them was to use journalism students. At BU, students are required to take beat reporting courses.

“So what if their beat was Newton?” Zuckoff suggested.

The Globe team thought it was a clever idea and approached Gail Spector, a former editor of the Newton Tab, and asked her to join the program. She was hired at BU as an adjunct journalism professor to lead the class whose beat would be to cover Newton.

The 24 students that started the fall semester in September were the first to participate in the program. The students are required to write a total of four or five stories throughout the semester. Overseeing the students with Spector and Allen are a suburban editor at the Globe, and Brooke Williams, associate professor of the practice of computational journalism.

Allen said the Globe is treating this first class as a pilot to see if the paper can “provide quality, local coverage on a regular and timely basis using college students,” which means they are investing resources into the project.

“We’ve set up a landing page for the new Newton section on the Globe website (and) a newsletter to communicate with people that this is all happening,” he said. “We’re also sending staff and editors to their classes once a week.” 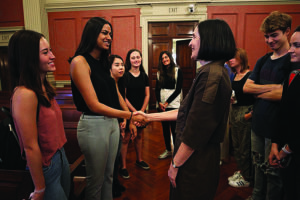 Shannon Larson was one of the first student journalists in the program to publish a story when she covered a climate strike organized by local high school students. For Larson, it was the “ideal boots on the ground experience.”

“Having an interest in covering climate issues and being able to report about local students on the frontlines of this youth-driven movement provided a great opportunity to learn more about their reasons for participating and how they plan on shaping their generation’s future,” she said.

Students were also invited to the Globe newsroom and to tour Newton to meet key people in the city.

“It was great to see the mayor in person and to hear from her,” student Abigail Parsons told E&P. “After City Hall, we drove all around Newton in a school bus to get a sense of the community and the different ‘villages.’ It really helped me for my future Newton endeavors and future articles.”