The News Industry Mega-Conference is the premiere event in the news media industry. It will be held April 2-4 in Dallas, Texas, at the Hilton Anatole.

Mark your calendars and save the date! 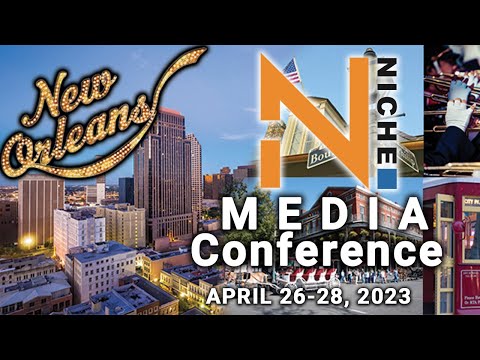 From The Media Job Board

Exclusive from the E&P Newsroom
2022 EPPY Award Winners
This year’s EPPY Awards received more than 400 entries. Winners were selected from an international list of nominations to honor the best in digital media across more than 40 diverse categories.
International Newspaper Group conference provides operations snapshot
After a nearly three-year COVID-related hiatus, newspaper industry executives gathered at the Hotel Viking in Newport, Rhode Island, for an International Newspaper Group conference, Sept. 17-19. The conference provided a snapshot of the innovations, challenges and general state of newspaper operations in North America. Here are five takeaways from the event.
Reporting on prisons: Stories of life inside
Reporting on prisons in the United States can be challenging and often frustrating for even the most respected publications and seasoned journalists. It can't be approached like any other beat. The good news is that organizations are penetrating the confusing, dense veil of prison policies and prison life. And, they’re supporting prisoners who dare to write as incarcerated journalists and sharing tips with editors and journalists on the outside who want to report on prisons.