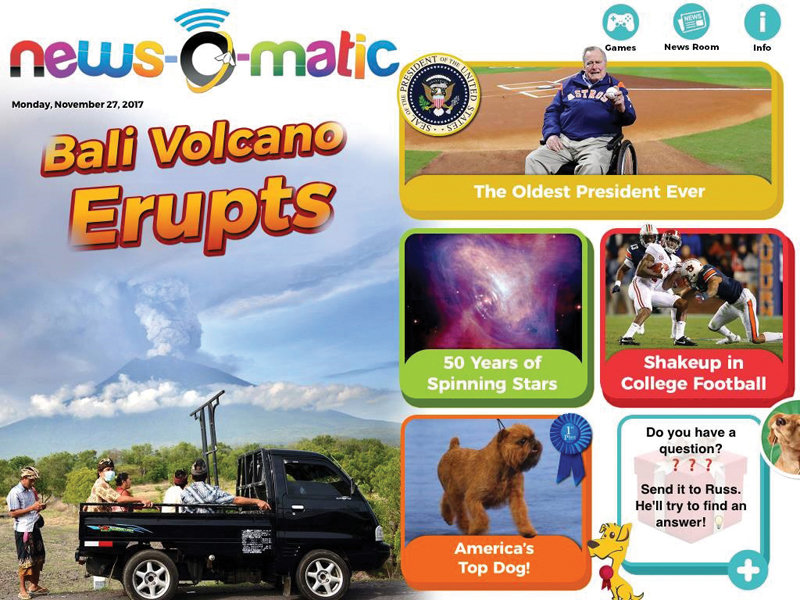 When Russell Kahn made the move back into journalism in 2012, he did so with one particular goal in mind—to create America’s first daily newspaper for children.

With the help of his business partner, Marc-Henri Magdelenat, the pair spent a year designing an app (newsomatic.org) intended to not only capture the attention of young students, but encourage them to read the news on a consistent basis. Lillian Holtzclaw-Stern also helped design News-O-Matic at its earliest sages.

Today, the News-O-Matic app has achieved both of those goals, having been downloaded by more than 4 million kids from 140 different countries. In addition, more than 1,000 U.S. schools have integrated News-O-Matic’s news texts into their non-fiction literacy curriculum.

“Anyone who thinks kids don’t have interest in the news simply doesn’t know how to talk to them. If they’ve shown disinterest, it’s our fault for not providing a resource that’s suited for them,” Kahn said. “Our readers prove day in and day out that they genuinely want to know what’s happening in the world.”

The News-O-Matic editorial team produces five articles from scratch every weekday, each one offered at multiple reading levels from kindergarten through eighth grade. The articles cover a wide range of topics, from space science and endangered species to football and fashion. 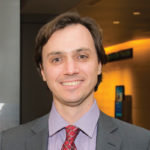 Kids also have the ability to share their thoughts, ask a question to the editor or express their emotions visually by creating a drawing. Every issue features at least 10 drawings and answers to questions that have been submitted by readers. So far, the team has received about 1 million comments and drawings from children.

Due to the success of News-O-Matic, Kahn said the company has now become profitable.

“A digital newspaper that has never collected a penny of advertising has found a way to make money through subscriptions alone,” Kahn said. “And we showed that there is a market for kid’s daily newspaper—a real newspaper with real news.”

In 2016, News-O-Matic established relationships with a pair of French daily papers, the Ouest France and Le Progrès. Both use the company’s proprietary platform to deliver their content for a youth audience. Magdelenat, who is from Paris, helped bring the partnership together.

Ultimately, Kahn said he believes that getting the younger generation interested in the news begins in the classroom.

“The trick is getting our schools to see that reading the news is not optional. It’s a requirement,” he said. “I think any kid who grows up reading the news on a daily basis will be more informed, a more critical thinker, and more empowered to affect change.”

Editor's Note: This story has been updated to include Lillian Holtzclaw-Stern.

Proposed Russian legislation threatens to shut down all independent media