Of the several thousand makes of automobiles manufactured in the United States in the early to mid-1900s, only one is known to have borne the name of the newspaper-family member who designed and produced it: Scripps-Booth.”
Owen Van Essen, president, Dirks, Van Essen & April
Owen Van Essen | for Editor & Publisher

What do the Ford, Chrysler, Scripps, Booth and Kuser families have in common?

They all were pioneers in automobile manufacturing in the early 1900s. Three of these families were perhaps better known as newspaper owners.

In the early years of the automobile, and much before Ford’s mass-produced assembly-line products, cars were essentially handmade by relatively small start-up businesses comprised of inspired innovators with venture capitalist backing, much like the IT start-ups of the early 21st century.

Of the several thousand makes of automobiles manufactured in the United States in the early to mid-1900s, only one is known to have borne the name of the newspaper-family member who designed and produced it: Scripps-Booth.

James Scripps Booth, the innovative eldest son of Ellen Scripps and James Booth, designed and built more than 7,000 Scripps-Booths in Detroit from 1912 to 1918 before selling the company to Billy Durant and his newly created General Motors. Booth was the eldest son of George Booth, the president of the Detroit News, and his wife, Ellen Scripps Booth, of the Scripps family that owned the News and several other large dailies.

George Booth left the News in 1921 to found Booth Newspapers, which grew to publish a total of eight medium-sized dailies in Michigan and Parade Magazine over the next five decades. In 1976, the company was sold to Newhouse for $305 million. 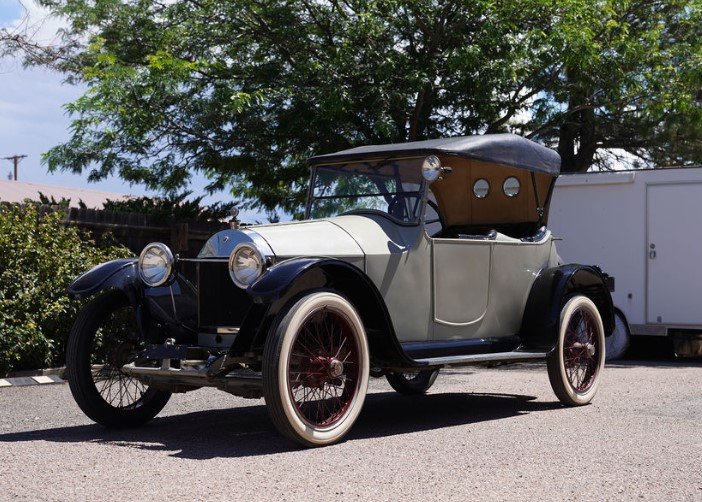 This was one of the three remaining Model D cloverleaf roadsters, which was acquired in 1976 by Lee Dirks, the founder of Dirks, Van Essen & April. This summer, having enjoyed the car for nearly half of its life, Lee sold it to Ralph Booth of Grosse Pointe Farms, Michigan, the grand-nephew of James Scripps-Booth. The car has at last returned to the family of its birth.

Fascinated by automobiles and skilled as an artist, James designed and built his first prototype car at the age of 20, a two-wheeled, V-8-powered “Bi-Autogo,” with possibly the industry’s first fold-down armrest. Having cost the Booth family $25,000 to hand-build, the project was abandoned to focus on the newest and far less expensive fad, the two-seater (front and back) cyclecar, of which about 400 were produced. As World War I was breaking out in Europe, James shifted his emphasis to his first successful automotive venture, the Scripps-Booth Model C, a four-cylinder two-seater aimed at the “light luxury” market, of which ultimately some 6,000 were sold. This model was the first in automotive history to feature the horn in the center of the steering wheel.

The success of the Model C encouraged James to design and produce a larger four-passenger “cloverleaf roadster” model powered by a V-8 engine in late 1916, just a year after Cadillac introduced America’s first V-8. Some 1,500 of the more luxurious Model Ds were sold in 1916 and 1917, including a few chauffeur-driven town cars built on the Model D chassis.

Scripps-Booth lost their distinctive cachet after the acquisition by General Motors. The V-shaped German-silver radiator disappeared, as did the sweeping curves of the body that enabled the Scripps-Booth to stand out in an era of the boring, boxy design.

In 1976, shortly before moving to Michigan from Washington, D.C., to become an executive with the Detroit Free Press, Lee Dirks — the founder of Dirks, Van Essen & April — acquired one of the three remaining Model D cloverleaf roadsters. The car had been found rusting in the fields outside of Richmond, Virginia, in the 1960s by an amateur restorer from New Jersey, who, after eight years’ work, won a “national first” in its category with the car in the hobby’s annual awards event in Pennsylvania.

This summer, having enjoyed the car for nearly half of its life, Lee sold it to Ralph Booth of Grosse Pointe Farms, Michigan, the grand-nephew of James Scripps-Booth. The car has at last returned to the family of its birth. 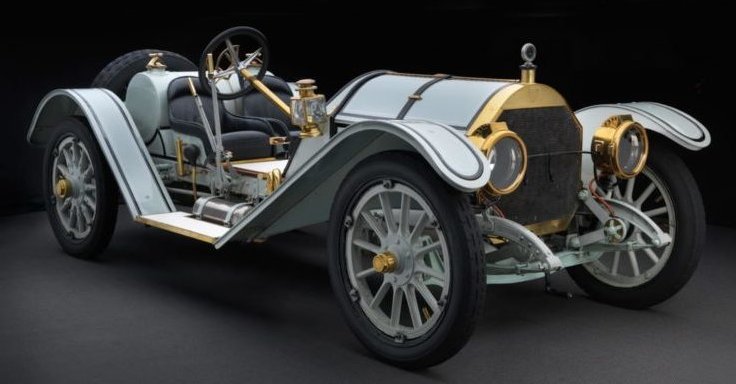 The other newspaper family in the automobile manufacturing business was the Kusers of Trenton, New Jersey. Randolph George Kuser married into the Kerney family, which owned the Trenton (New Jersey) Times. As a bit of a sideline venture, Randolph George Kuser partnered up with Ferdinand Roebling Washington to manufacture the Mercer Raceabout, which some would say was the first true sports car.

The Mercer Automobile Company was founded in 1909 and occupied a manufacturing plant on a site formerly associated with the Kuser family brewery, which was another sideline venture of the family. The name Mercer came from Mercer County, New Jersey, where the car was manufactured. 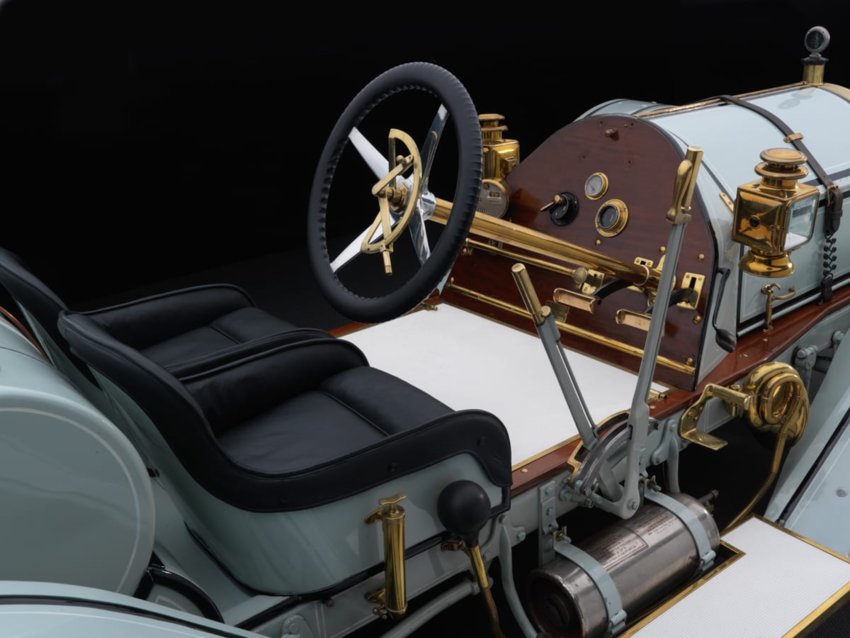 Within a short time, the company was successfully producing the “Mercer Speedster,” described by the Trenton Evening Times in April 1910 as “… one of the classiest and snappiest cars in the world.” A more than 100-year-old copy from an advertisement in Vanity Fair magazine said the car “… gives a thrill of pleasure to the man or woman who drives it because it is willing, eager and gentle ….”

The car easily transformed from a touring car to a racing car and comfortably handled high speeds of the day (60-70 mph) thanks to a low center of gravity. Soon after the Mercer Raceabout debuted, it earned public accolades and won prizes in races around the country. Many enthusiasts believe the Mercer Raceabout to be one of the finest sportscars ever built.

The company continued successfully until 1919 when a variety of factors led to its eventual demise, yet the prestige remains. There were about 5,000 cars built during the company's 10-year lifespan. The few Mercer Raceabouts that survive today are highly valued by private collectors, including Jay Leno. A 1911 Mercer Raceabout sold at auction recently for $2.5 million.

The Kuser family sold the Trenton Times to The Washington Post in 1974 for $15 million. The next generation of the Kusers ventured to Ohio in the 1950s, acquiring newspapers in Troy and Napoleon, Ohio. The Troy Daily News was sold in 1998, and the Napoleon Northwest Signal was sold in 2003.

Owen Van Essen is the president of Dirks, Van Essen & April, a merger and acquisition firm in the U.S. newspaper industry.