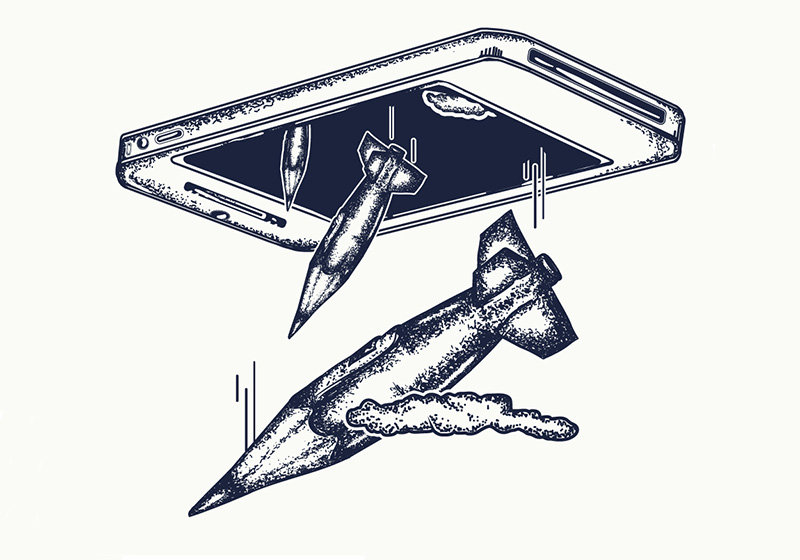 We are awash in information, thanks to technology that delivers endless streams of stories, opinions, pictures and videos to our TVs, phones, radios, laptops and tablets.

So, with so much information, why do so many people seem misinformed?

It starts at the top, with a president who made 7,645 false claims in less than two years in office, according to a tracker maintained by the Washington Post.

And it continues through the U.S. population, who incorrectly believe, for example, that crime has grown much worse over the last couple of decades.

It’s as if many of us have decided that separating fact from fiction is less important than reaffirming our vision of the world. And in pursuit of that vision, we think we can pick and choose what is true.

On TV, radio and the internet, we choose mostly information that confirms our views.

Businesses—MSNBC, Fox, Facebook, talk radio and others—have figured this out. They feed us the kind of information we like, and at the same time minimize information we don’t want to hear.

Our preferences extend to even what we consider to be news and our interpretations of events that happen around us.

When a meteorologist in Rochester, N.Y., for example was rushing through a TV broadcast and said “Martin Luther coon” instead of “Martin Luther King,” some people reacted with immediate fury.

On Facebook, Twitter and other social media, they demanded Jeremy Kappell be fired. Within hours the incident had exploded into a show of worldwide outrage.

It didn’t matter that network star Al Roker or the daughter of Martin Luther King cautioned that perhaps an on-air flub was just a flub, not a racist rant. Kappell was fired.

In Kansas, a video of a white man kicking a black toddler at a Wichita Dillon’s store also went viral and was cited as another example of rampant racism. Reporting by the Wichita Eagle showed the suspect had a long history of mental illness, crime and drug addiction.

Mainstream media did a good job of providing context and understanding to the event. But on social media, the narrative that this was a hate crime with a racist targeting a toddler continued.

Any good journalist will tell you that first impressions are often wrong. Our assumptions about what happened—and why—are often refuted once we learn more about the incident and the people involved.

Giving people time to sort through allegations and facts means withholding judgment, even as we report on an event. Too often now, media and the public rush to condemn a person and denounce an action. We assume an incident is confirmation of what we already believe.

It’s a big reason why inaccurate information continues to warp our national discourse.

The researchers, however, suggested that sharing misinformation wasn’t much of a problem because only 9 percent of those studied did so.

That may not seem like much to a university researcher, but if, as an editor, 9 percent of my reporters were making up the news, I would think I had a big problem.

Further, the researchers studied the Facebook accounts of people who allowed them access to their profiles and histories. Their report doesn’t account for those who refused access, which likely included those who intentionally spread misinformation, for free or for money.

Americans shouldn’t expect Facebook or other social media companies to separate fact from fiction for them. The companies have neither the expertise nor the profit motive to do so.

Instead, Americans need to become better threshers themselves, sorting chaff from grain. No media outlet is perfect, but those that devote professional resources to the task are better than those that don’t. Those that quote people by name and title, and who cite sources for their information are better still.

News is vital to developing informed opinions, but to do the job right, we need information that is solid and reliable. Not just fodder we want to hear.

A former editor and publisher, Julie Doll worked at newspapers in Kansas, California, Indiana and New York. Her 35-year career included posts with the Harris, Gannett and McClatchy groups, as well as a couple of independent papers.