The False Promise of Paywalls for Local News 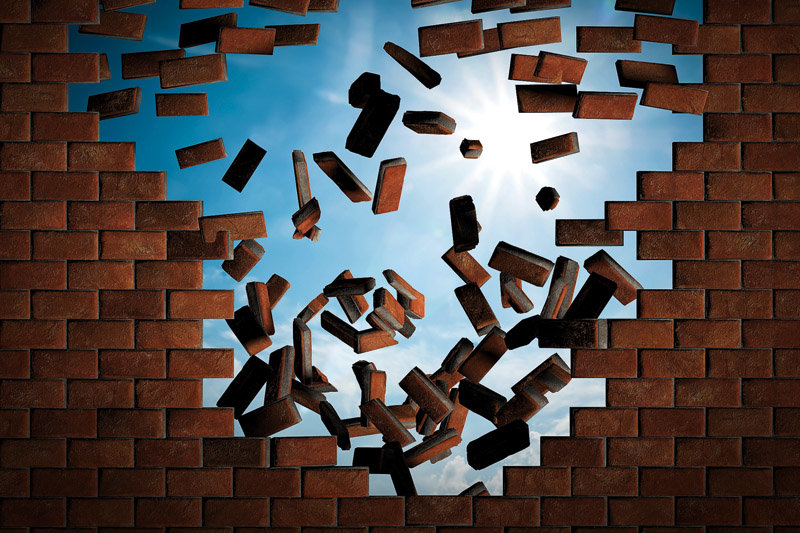 I believe that paywalls and most subscription models do not work for local news.

As local news outlets traverse the desert of reality, paywalls and subscription models are a cruel mirage promising to quench a thirst for revenue. These business models are really just repackaged digital versions of what print papers have been doing for a century. Many of the reasons legacy print outlets have struggled are the same reasons subscription models and paywalls won’t work long term—it costs too much for the reader.

Let’s say a local news subscription costs $5 a month. In isolation, it doesn’t seem like much. But then you add in Netflix and Hulu. Don’t forget Disney Plus. Throw in a subscription to the New York Times or Washington Post. It starts to add up.

But wait, we’re not competing against streaming services like Netflix, Hulu and Disney Plus...are we? We sure are. Local news outlets are competing for attention and dollars. There are a finite number of hours in a day in which we can give our attention to our screens, jobs, and family responsibilities. Financial resources are likewise limited.

The competition is fierce and for local and hyperlocal news, putting another barrier in front of readers, like a paywall, can have a dampening effect. It’s not that people don’t value hyperlocal news—in fact they do. It’s that on a list of household budget priorities for many people, it may not be at the top of the list. As our options proliferate, consumers will have to face more and more tradeoffs in good economic times. In a bad economy, consumer choices about what to cut become even easier. Local news is the first to go. Again, it’s not because people don’t like and value local news—it’s that we exist in a world where limited resources force us to triage what to pay for.

I would go further to assert that even hybrid models—leaky paywalls, partial paywalls and the like—don’t work either. They can have the effect of degrading user experience and increasing frustration. When you’re working in what is sometimes a very defined geographic area, you can’t afford to prioritize a short-term cash infusion over building a loyal and enduring audience.

Ultimately, audience is the key. Without an audience, local news is a tree falling in the forest with no one around to see it. By limiting audience, paywalls reduce the attractiveness of advertising on local news sites, creating something of a revenue death spiral. To make local news work, outlets need to focus on user experience and creating great content in order to build a sustainable advertising business.

Let’s take the financial and business model implications out of the equation for the moment and zero in on why we seek to create sustainable models for local journalism in the first place. Our collective mission is to strengthen our democracy and improve our civic lives by providing objective reporting of information. There is no shortage of research that shows when local news coverage disappears from communities civic engagement and accountability decline. Paywalls and subscriptions necessarily preclude some citizens from getting important information simply because they have prioritized other expenses overpaying for a local news subscription. This does not make them bad citizens and it does not mean that they do not support local news reporting. It simply means that they are human beings who exist in a world where we have an increasing number of choices about how to allocate our resources.

As I’ve written before, advertising supported journalism can work as a business model, but it has to be done right by building trust in the communities covered, providing high quality advertising products, and continuous innovation.

We have to compete in the reality we have, not make decisions based on the reality we desire. Paywalls and subscription models for local news operate on the premise that if it’s worth paying for, people will open their wallets. Unfortunately, that is not reality for local news. There is a limit to how many subscriptions—news or not—people will pay for regardless of the quality of the content.

Michael Shapiro is the CEO and publisher of TAPinto.net, a network of more than 80 franchised online local news sites in New Jersey, New York, and Florida with more than 10,000,000 readers. He can be contacted at mshapiro@tapinto.net.