Why Mistaking Invention for Innovation Could be Hurting Your Business 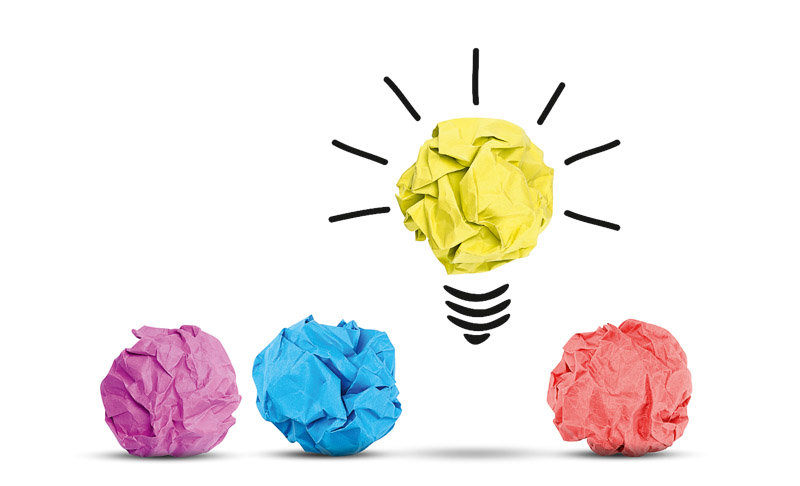 Innovation has long been the buzzword of the digital era. It has been called “the mantra of business leaders” and “the most important and overused word in America.” According to a McKinsey study, 84 percent of executives say that innovation is important to their growth strategy. In one sense, this is a good thing. As the Atlantic put it, “In the 17th century, ‘innovators’ didn’t get accolades. They got their ears cut off.” Modern society’s embrace of innovation has enabled a technology explosion that has taken us from the telegraph to the iPhone, carriages, to self-driving cars. However, in another sense, the overuse of the word has led to a blurred understanding of what innovation actually is. Many consider it synonymous with invention. In reality, it’s not. How your company defines innovation can determine its prospects and success. And interchanging the two ideas can mortally undermine your company’s outlook. We come by the confusion honestly. Trusted sources such as Merriam-Webster give a convoluted and misleading explanation of the difference. Merriam-Webster defines invention as the creation of a device or process that previously didn’t exist, and defines innovation as “a change made to an existing product, idea or field. One might say that the first telephone was an invention, and the first smartphone an innovation.” This definition misses the point in a fundamental way. The critical difference between invention and innovation is value creation. Innovation is something new or something old applied in a new way that creates new value. This is well-illustrated by the phrase, “an innovative solution.” Invention is something new that could create value, but doesn’t have to. Another way to look at this is that innovation usually starts with solving a need (and therefore contributing to value creation). However, invention starts with solving a technical challenge (that doesn’t necessarily create value if there is no demand for the solution). A classic example of this difference is the Rube Goldberg Machine, named for the cartoonist who frequently drew devices that performed simple tasks in convoluted ways. The term has come to refer to an overly complicated and usually useless contraption. It has all the markings of a clever invention, but it hardly adds value greater than the cost or complexity of alternatives. It’s not innovation. An example of innovation is the automobile. The invention was the combustion engine. But the combustion engine was not a car and a car is not a combustion engine. The car was a new way to solve the problem of transportation that leveraged a new invention (here: the combustion engine) to power a buggy. Another way to think of innovation that it is the application of invention to a real world problem that customers will pay for. By this definition, if customers don’t see enough value to pay for it, then it’s not innovation. An automobile is valuable enough to pay for. A combustion engine is not. When you mistake invention for innovation, you could end up wasting your most precious resources—time, money and thought capital. Consider blockchain and the Internet of Things. Both are fascinating new technologies. And, by exploring them, we can come up with innovative ideas to apply them. But they don’t, by themselves, generate value. Starting with a unique technology and then directing your best and brightest—your “thought capital”—to “do something” with that technology is a misguided business strategy. You don’t want to explore new technologies without first having a clear understanding of how they will add value to your firm’s business outcomes and how it can create value for your current and future customers. In short, you should be working backward from the value to the technology, not the other way around. Not every company needs a “cool mobile app” or a “blockchain strategy” because not every company will actually benefit from having them. Using this misguided approach drains thought capital and pulls your most talented and creative teams away from improving existing product portfolios. It also distracts leaders, who may be charmed by a new technology and may not be focusing on whether the business really needs a blockchain strategy at all. So if “innovation labs” aren’t the best way to explore new technologies, what should organizations do? How do they go about creating new products? When craftspeople are left to their own devices and want to explore a new tool, framework, capability or technology, they embark on something I call “tinkering”. They read about it, play with it and may build a “hello world” application—something that allows them to get a feel for the new tool. They develop a sense of the technology’s potential uses and shortcomings. Companies can encourage tinkering in a number of ways by making it part of their individual development plans, asking individuals to keep a list of things they are interested in exploring next, setting aside time each week to tinker, and giving them cloud environments to play in. Teams that tinker will share their findings and excite other technologists about the possibilities. It also infuses the culture on the ground with a sense of support for recommending fresh approaches. Tinkering gives the craftsperson just enough information to decide if he or she thinks it has the potential to solve the issues of the organization, or whether it might have relevant potential future uses. Tinkering + Real World Business Opportunities = The Best Chance for Innovation. Supporting tinkering in your organization is cheaper and far more likely to lead to a breakthrough in value creation than directing all your resources—not just your money but your thought capital—toward “finding something to do” with a new technology. And that is what innovation is really about. Scott Varho is the senior vice president of product development with 3Pillar Global, where he leads 3Pillar’s U.S. engineering and product technology strategy teams. This article was originally published at Digital Content Next.

Despite the Tech Giant Tug of War, Keep an Eye on These Five Trends

How to Stop Hedge Funds from Devastating Local News

A New News for the Future is Emerging

What’s Really Behind the Plight of Newspapers?