As Executive Vice President and General Counsel for the News Media Alliance, Danielle Coffey leads the advocacy efforts for the NMA's over 2000 news and magazine publishing members worldwide.

2022 was a busy year for Coffey as the U.S. Congress held committee meetings to consider passage of the well-publicized “Journalism Competition and Preservation Act” (JCPA), introduced in the House (H.R. 1735) by Rep. David Cicilline (D-RI) and Rep. Ken Buck (R-CO), and in the Senate (S. 673) by Sen. Amy Klobuchar (D-MN) and Sen. John Kennedy (R-LA). If made into law, this legislation, greatly supported by the news publishing industry, would allow news publishers to collectively negotiate with “big tech” platforms like Google and Facebook for fair compensation for using the news content these publishers generate.

The NMA has been promoting a number of cogent arguments as to why the JCPA is necessary to help local news publishers maintain sustainable business models. These "talking points" include:

In mid-December of 2022, it looked like the JCPA might pass into law as an attachment to the National Defense Authorization Act (NDAA), a necessary bill designed to keep the military funded. However, the legislation was "erased" from the NDAA at the last minute. 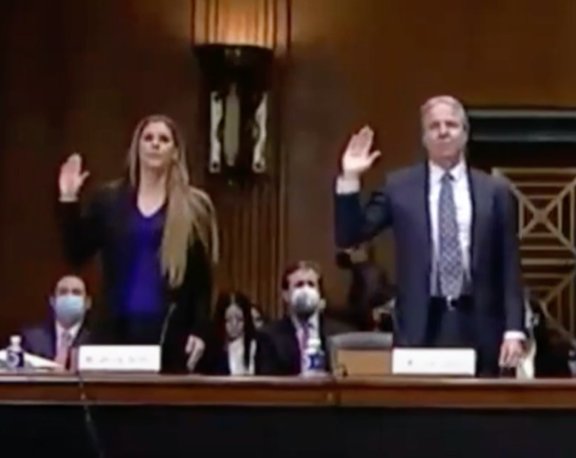 Then as a final attempt to help the JCPA become law before the end of the 177th Congress, legislators attempted to attach it to the controversial  $1.7 trillion omnibus spending bill. However, last-minute lobbying from consumer, trade and civil society advocates like the American Civil Liberties Union (ACLU); Free Press Action; the Center for Democracy & Technology; and Local Independent Online News Publishers (LION) deluged Congressional leaders with last-minute media that argued against the bill, stating that the JCPA included nothing to guarantee that the monies ultimately paid to news publishers (through negotiation or arbitration) would be used to pay or hire journalists. Their messaging also suggested that the JCPA would favor large media conglomerates, which might “dominate negotiations,” disenfranchising smaller, independent outlets.

In this 169th episode of E&P Reports," we go one-on-one with Danielle Coffey, Executive Vice President and General Counsel for the News Media Alliance (NMA), to gain her perspective on what really happened in 2022 to the nearly passed Journalism Competition and Preservation Act” (JCPA). She'll also address why this controversial legislation, designed to allow news publishers to collectively negotiate with “big tech” platforms like Google and Facebook for fair compensation for their use of the news content they monetize, failed to become the law of the land. Coffey also reviews the next steps the NMA will take to keep this legislation alive and the possible future of other content pending compensation models like publisher tax credits and several pending antitrust suits currently being filed by local media companies.

The Bucks County Herald: A story of survival, moving from family to foundation-owned