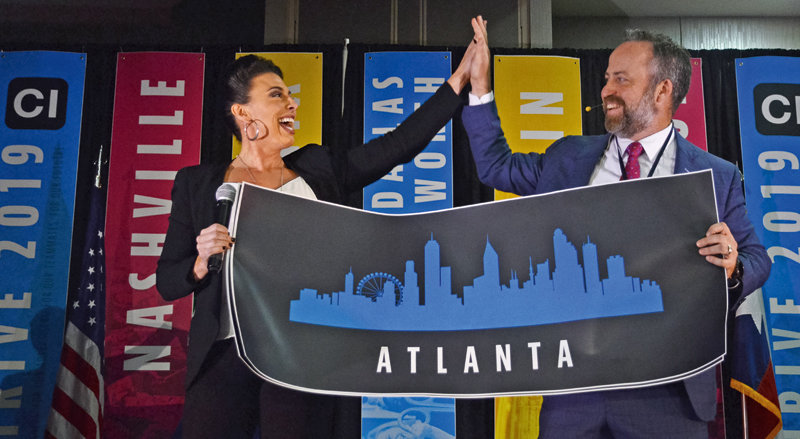 Since launching Community Impact Newspaper (CIN) in 2005, John and Jennifer Garrett have expanded from Round Rock and Pflugerville, Texas into Austin, Dallas/Fort Worth, Houston, Nashville and Phoenix. This year, they will be adding the Atlanta region to their list of markets.

A new CIN property was recently announced in Alpharetta, Ga. with plans to launch its first print edition in March. The new location will function in the same manner as the others, where the website will be updated daily and the print edition will be delivered once a month.

Heading the Atlanta publication will be Allison Altobelli, a longtime newspaper executive who has served at the Philadelphia Inquirer, the Washington Post, and most recently at the Atlanta Journal-Constitution (AJC).

When her position was eliminated at AJC, Altobelli began reaching out to different sources to figure out her next step. One of them was John Garrett whom she only knew from social media. She let him know that she was no longer working at the AJC and that kickstarted a conversation about an expansion into Atlanta.

“We chose Atlanta because of Allison,” John explained. “We believe there are a lot of areas that Community Impact Newspaper could prosper in, but we believe success starts with people.”

Altobelli added, “The second we got on the phone—his energy is so contagious and so upbeat—it felt different than what my experience has been speaking with other leaders in the industry. At this point, I went from (wanting to) tap into his vast network to find my next job to being more interested in working for him.”

Last October, Altobelli attended CIN’s all-staff meeting, where John announced that Altobelli would be leading the expansion into Atlanta.

When asked how it felt to open a new publication when so many others were closing, John said, “It feels really missional. If we don’t, who will? Cities need a strong news organization to thrive. When I read about layoffs or cutbacks, it motivates me to work harder so we can expand more quickly.”

Indeed, CIN has been hard at work. So far, an editor, designer and seller have already been hired and an office area has been selected. As the location expands so will the team, Altobelli explained. John anticipates the Atlanta location to resemble the Houston office, which has about 70 people on staff.

In addition, Alltobelli said she is already spending time in the community attending chamber events, city hall meetings and visiting businesses to share the paper’s mission and values.

“Every day we will be out there as part of the community so that when CIN starts arriving in their mailboxes, they will love it as much as they do in Texas, Arizona and Tennessee,” she said.