If there is one thing I'm certain of, it is that 253 years ago, a group of very imperfect men crafted a perfect document. And within those amazing mass of words that has survived so many tests and challenges, is a simple First Amendment that grants the freedoms of speech and the press.

All Media is Bias

Most agree that inherent in our freedom as news publishers is a job critical to a democracy that is making government accountable to the people they serve, or as some say: “Speak truth to power.” The challenge with that concept is that the news which influences a reader or viewer is generated from a person, not an algorithm. And people are always bias. It’s a fact that each of us perceives the world around us in a different light, so when we engage others with our perceptions and thoughts on any concept, those thoughts are biased to our up-binging, religious beliefs, family influencers and the general ecosystem a person inhabits day-to-day.

It is for this reason that I am proud to be the publisher of this magazine with its 140+ years of monitoring and reporting on the news publishing industry. E&P’s roots are not in cable news; they are in newspapers, a media that has always strived to separate news from opinion. My last (and first) editorial “Shep, Say It Ain’t So! --A Publisher’s Opinion” (Oct. 13, 2019) was on this very topic, yet it lost me a major advertiser since he perceived that I was focusing my angst on Fox News, which was not the case. I was editorializing on how all cable news has blurred the lines of facts and opinion so much, that the average viewer is having trouble separating them. 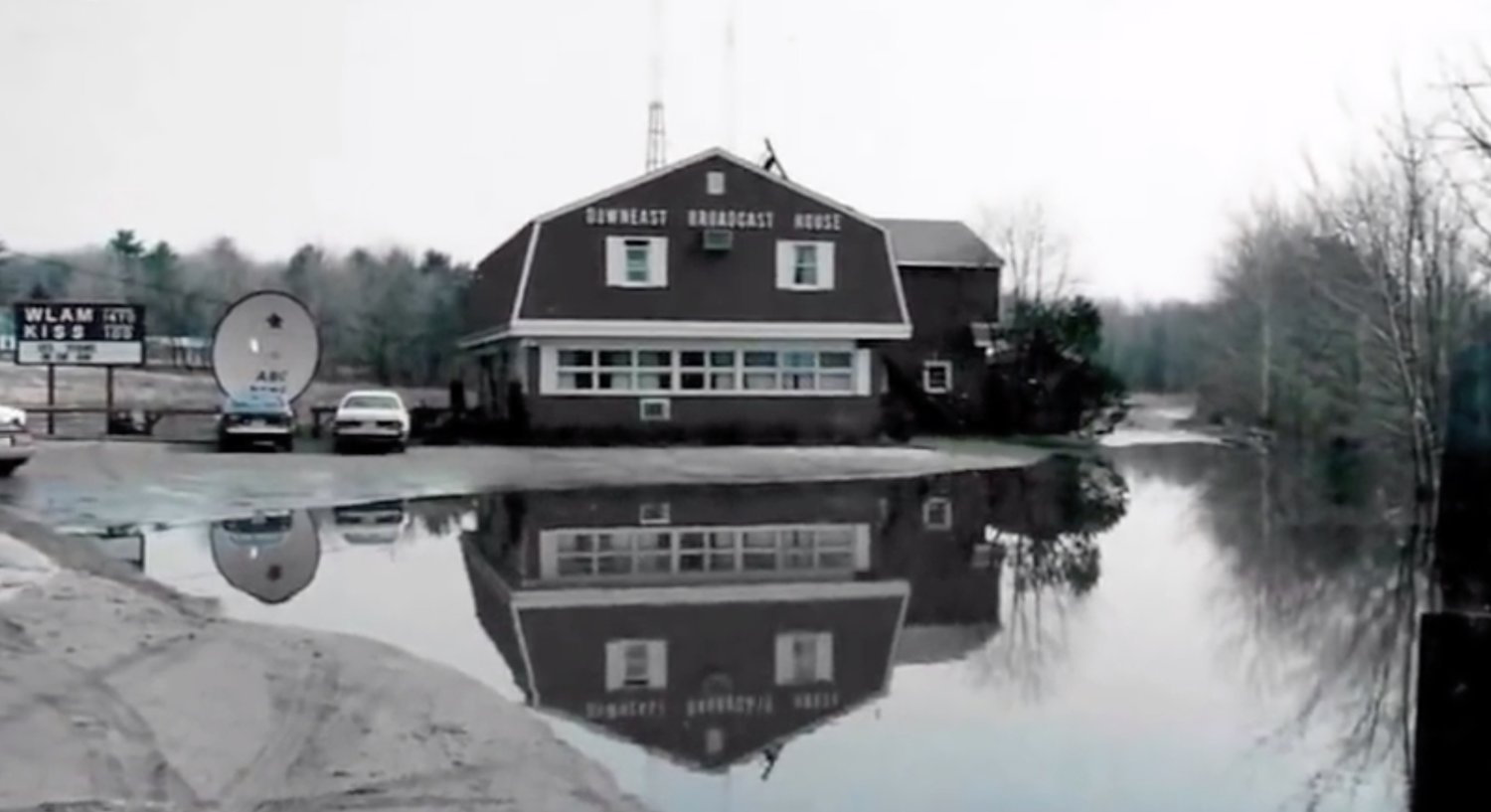 However, sometimes the bias in news is not political. It is simply a reporter's need to “fan the flames” of a story so much that it takes on a life of its own. I experienced this myself when I managed a local news-based radio station in Lewiston, Maine during the flood of 1987. Water rose in several neighborhoods due to 4 inches of rain, combining with runoff from melting snow. Our radio station building was actually surrounded by water. But, as I look back on the excitement of our 24/7 live coverage, I remember that when there was no new news to report, we just kept “fanning the flames” of the story over and over in hopes to get our audience as excited as we were. Or when I managed a Bangor TV station, I would watch our weatherman exude so much excitement over approaching storms, that the local mall manager would call and say, "You know, some people have 4-wheel drive and can still shop this weekend." Perhaps sometimes, everyone in news media should dust off our copies of Tom Wolfe's “Bonfire of the Vanities.” 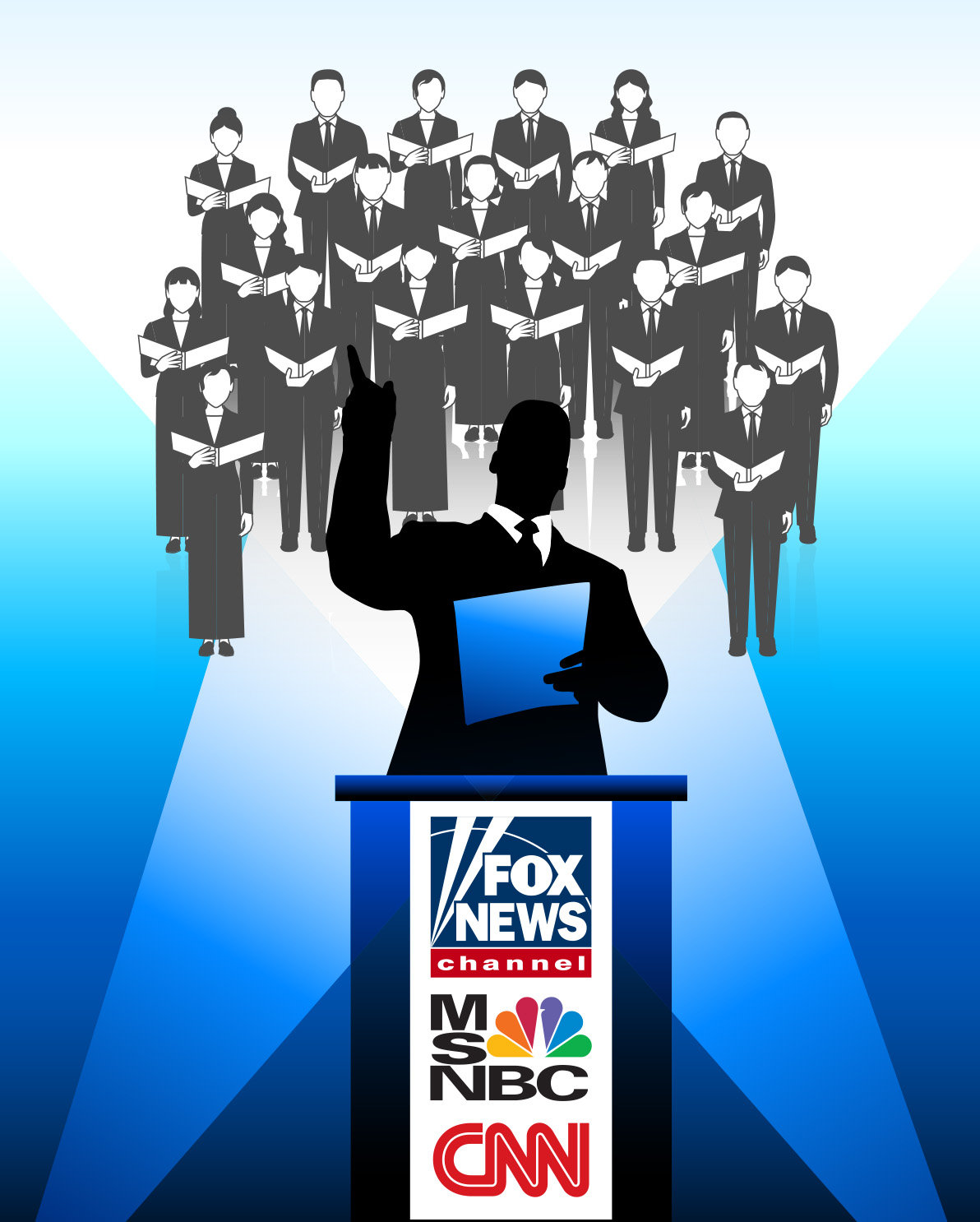 But what I think upsets me the most about today’s free press is not the bias, but that it has morphed into a “tribal press” that continues to fan the flames to the narrow, niche reader and viewer it appeals to. I miss the days of Chet Huntley and Walter Cronkite, who albeit were human (ergo biased), took their jobs seriously in order to try to not mix opinion and news, rather to present facts first to all their viewers. The truth is, in today’s news culture what we see is a mass amount of “preaching to the choir.”

Where is Aaron Sorkin When We Need Him?

Okay, I'll admit it, I'm not comfortable seeing people kneel during our national anthem. Conversely, I'm not comfortable seeing protesters standing on the steps of a state capitol holding an assault weapon with a confederate flag. But at the same time if no laws are broken, I can respect those same people’s right to do it. Isn’t that what America has fought for since that fateful day in 1776 when we started this amazing experiment of a people led government?

Perhaps we the news publishers (and even our news consumers) should all take a quick breath, count to 10, and then watch the ending of Aaron Sorkin’s 1995 film “The American President,” where Michael Douglas (playing the president) says in an impromptu speech to the press: “America isn't easy. America is advanced citizenship. You've gotta want it bad, 'cause it's gonna put up a fight! It's gonna say, ‘You want free speech? Let's see you acknowledge a man whose words make your blood boil, who's standing center stage and advocating at the top of his lungs that which you would spend a lifetime opposing at the top of yours…Now show me that, defend that, celebrate that in your classrooms. Then you can stand up and sing about the land of the free.’"

Wouldn’t it be refreshing to see our cable news brethren stop "fanning the flames" as they  “preach to their choirs?” Perhaps Joe Scarborough could invite more of the opposition’s most vocal pundits (like Lindsey Graham or Mitch McConnell) on Morning Joe, not pepper them with “gotcha questions," but rather have a rational dialogue about their opinions and why they should be heard by their opposition.

And wouldn’t it be amazing if Brian Kilmeade sat down with a vocal democratic leader (like Barack Obama or Nancy Pelosi) and perform an intelligent, balanced interview in hopes to offer opposing opinions to the "Fox and Friends" viewer? Yeah, I know that the president will go ballistic, tweeting away with hatred of the concept, but would that not be a better use of their platform to serve our democracy and calm us all down?

Come on, let's take a breath and count to 10 and see if we can just stop fanning those flames for a bit, especially now so we can let those "bonfires" cool down for a bit.

Mike Blinder is Publisher of Editor and Publisher Magazine

Comments are welcome (and encouraged) below.

Fort Worth Report Set to Launch This Spring

Fort Worth and Tarrant County, Texas will soon have a new source for local news: a digital nonprofit news organization called the Fort Worth Report.  Publisher and CEO Chris Cobler told E&P the genesis of the Fort Worth Report started a few years ago when a coalition of civic leaders banded together after feeling there was a decline in the number of journalists and local journalism in the area.

NAM Creates Nationwide Public Notice Website
To assist the public with easily accessing legal notices nationwide, Newspaper Association Managers (NAM) has created USALegalNotice.com. The website provides direct access to 47 public notice websites from across the country, which are operated by state newspaper associations.
Hearst Invests More Resources Into Data Journalism
News publishers have discovered the value of data-based storytelling in recent years. Currently, Hearst has a Central Interactive Team (or DevHub, for short), which is operated out of the San Francisco Chronicle. The team of seven is under the leadership of Tim O’Rourke, director of product and strategy.

The Supreme Court’s Increasingly Dim View of the News Media

Opinion: Instead of Scrabbling Over the Triopoly’s Crumbs, Publishers Must Unite

OPB Seeks Producer for “Think Out Loud®” - Portland, OR