Jennifer Kho loves that Chicago is a “two-newspaper town.” She’s the new executive editor at one of those two newspapers, the Chicago Sun-Times. While relatively new to town, Kho already knows some other great local news outlets are covering the city and its surrounding suburbs — Block Club Chicago and Southside Weekly, for example.

“We have a nice robust journalism ecosystem here, and I certainly hope that the [Chicago] Tribune also continues to do the great work that it’s doing. They just won a Pulitzer,” Kho said.

“More journalism in a community is better,” she suggested.

Kho hadn’t even fully moved from Los Angeles to Chicago when the Chicago Sun-Times’ newsroom faced the monumental and solemn challenge of reporting on the July 4th mass shooting in Highland Park. That day, a single shooter, with the aid of high-capacity weapons, murdered seven people and injured dozens, terrorizing and traumatizing the community.

Kho was in Los Angeles when she heard the news. She’d just spent a few weeks in Chicago, spending time getting to know the newsroom team, but had returned to L.A. to pack up her life there. The interim managing editor alerted her to what was unfolding in Highland Park. Kho signed into the newsroom's City Desk Slack — a channel both editors and reporters are on — to get information and begin planning how best to inform the public.

Lynn Sweet is a reporter for the Chicago Sun-Times and the news outlet's Washington, DC bureau chief. She happened to be back in Highland Park on that fateful July 4th morning, one of the many spectators lining the parade route. Sweet would later describe the experience in a “powerful and personal narrative,” Kho said. But in the moments as shots shattered the idyllic occasion and people ran from the threat, Sweet moved closer, Kho told Blinder and Peck.

Sweet was able to post what she saw firsthand to Slack and sent the newsroom photos captured with her mobile phone.

The newsroom immediately went to work, as well, curating information from social media posts and other sources. “When they spotted something that could be helpful to the story, they just put it in Slack,” Kho explained during the vodcast.

One of the earliest dilemmas Kho and the newsroom faced was how to communicate the story and what images they'd be bold enough to publish.

“Some of them were very gory,” she recalled. “And the first thing that crossed my mind is, of course, we can't; we can't show these. But then, I also felt like it really told the story, right, in a way that none of our words would tell it.”

Members of the newsroom debated the graphic images, and Kho said there was plenty of dissent in the newsroom when they decided to publish one of them. They selected the photo because of its documentarian value, Kho said. 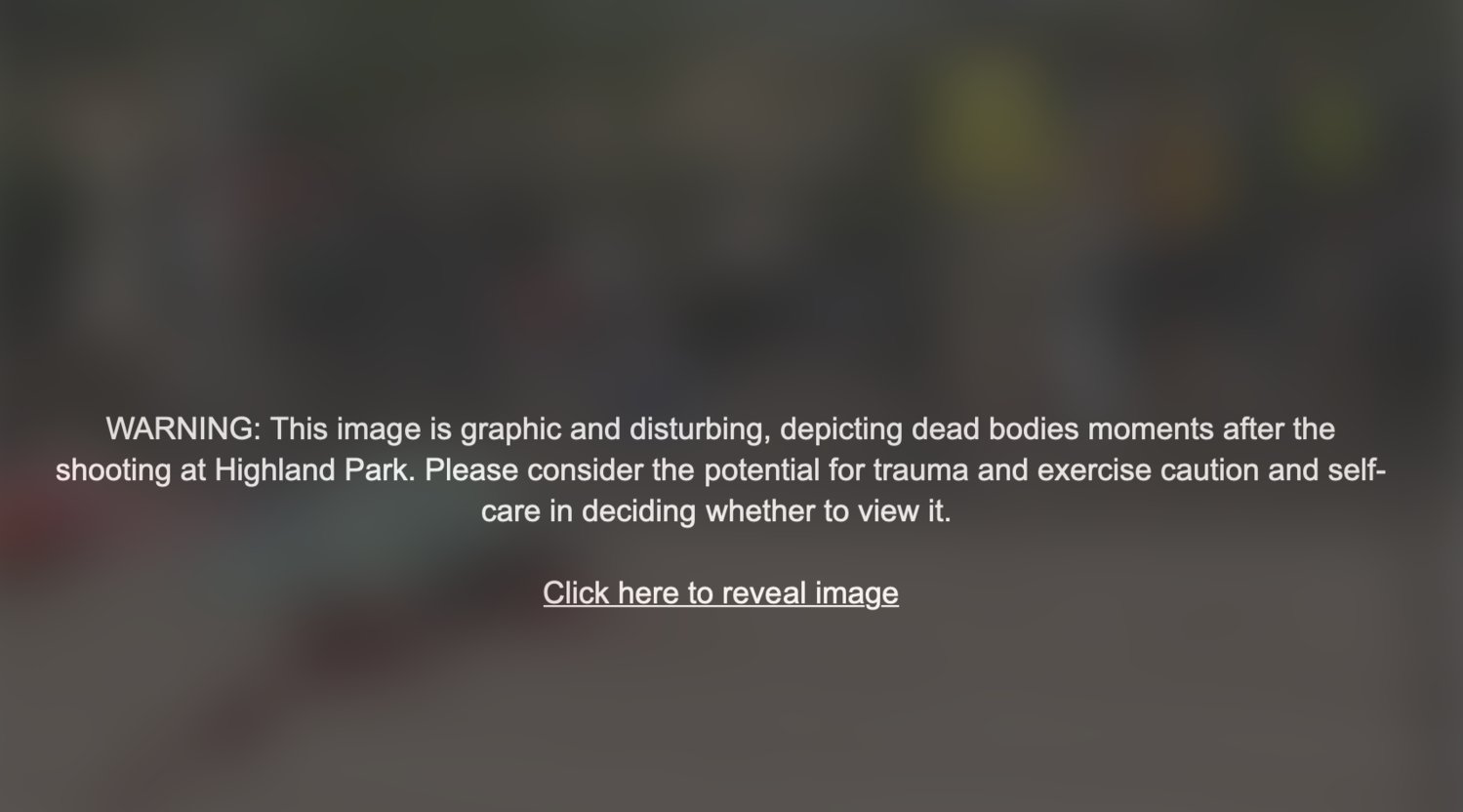 “I kept thinking that there was big documentary 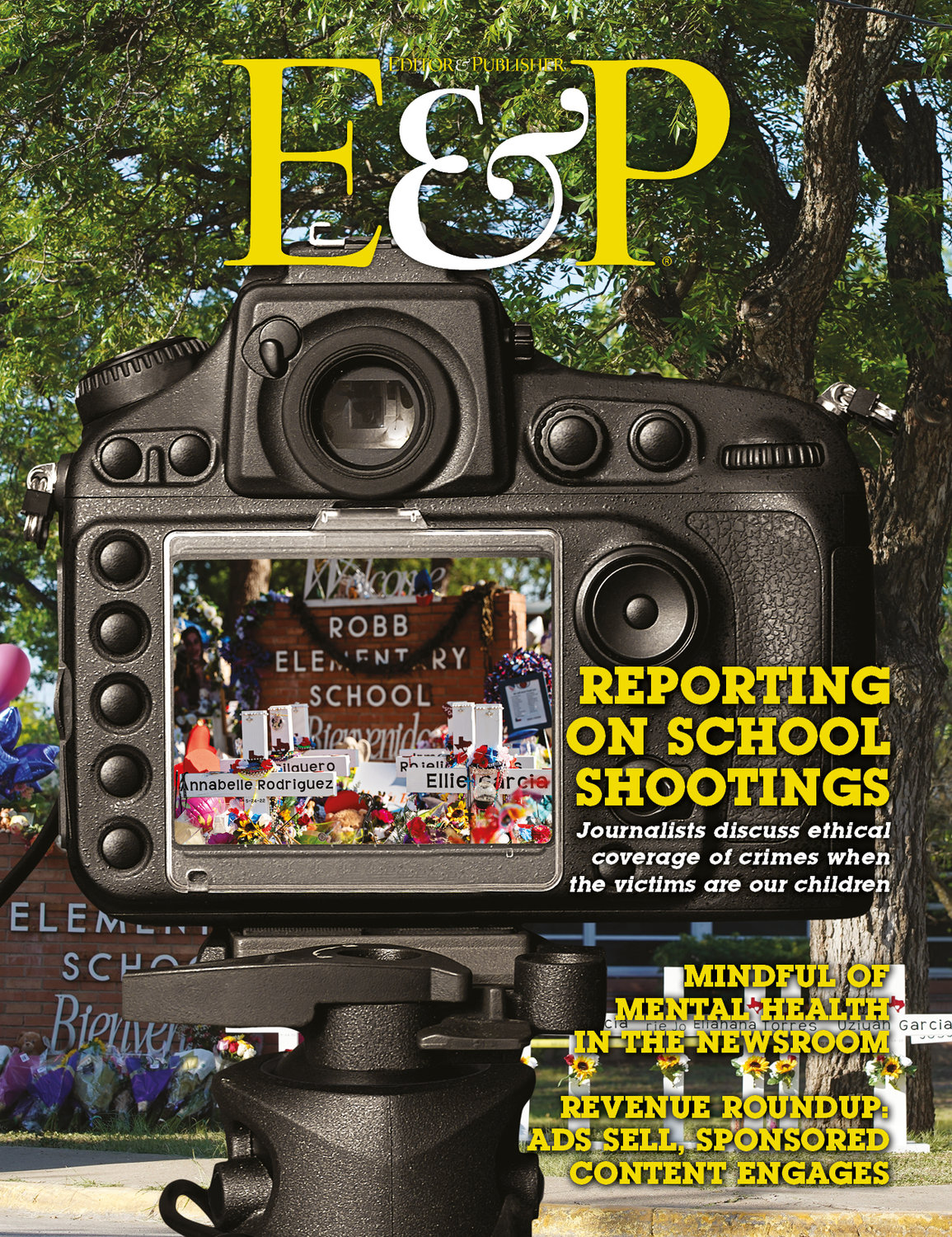 She explained the decision to their readers in a July 5, 2022 editorial.

The feedback from the public was mixed. Some applauded the decision; others accused the Chicago Sun-Times of “classic if-it-bleeds-it-leads sensationalism,” Kho told Blinder and Peck.

“I think it’s important for people to see the reality of what we’re dealing with,” Kho said.

Prior to being named executive editor, Kho was the managing editor at HuffPost and, before that, managing editor at The Guardian (US). While at HuffPost, she became the director for strategic innovation and created an innovation team. She was laid off by the digital news outlet and spent approximately 14 months looking for a job and bridging the employment gap by offering consultative services.

She wrote two columns for E&P's Diversity Spotlight earlier this year, taking readers inside what it's like to be a job applicant today — frustrating, expensive and inequitable — especially for applicants of color. In conversation with Blinder and E&P Contributor Gretchen Peck, she referred to the process of applying for a job today as "pretty intense." She estimates that the time she spent applying and interviewing for positions equates to more than $100,000 in what she'd charge in consulting fees during that time.

Kho said it's a sign of "privilege" to be able to spend the time and money just searching for employment in news today.

"Most people have to apply for multiple jobs at the same time, and at the same time have to figure out how to bring in enough money to support themselves," she said. "I was basically saying that there are a lot of people who could not afford to fully participate in the hiring process, which probably leaves people out, right? You have people who might be very qualified but who simply don't have the kind of time that is required to fully participate."

After 14 months of applications and interviews, Kho received the offer to be the Chicago Sun-Times' executive editor — and several other offers that very same week.

The Chicago Sun-Times is published by Chicago Public Media, and the new executive editor plans for more collaboration between the newsroom and their colleagues at WBEZ Chicago, the public radio arm. "So, how can we help each other expand the audience for our work so that we can have a greater impact," she pondered.

Kho would also like the Sun-Times to have a better relationship with the communities it covers.