Asked to sign a pledge in support of Israel, one publisher took a stand

Alan Leveritt is a reluctant champion. He's the publisher of the Arkansas Times, the state-wide alternative newsweekly that found itself on the bad side of state law.

When Arkansas passed an anti-boycott law, it sought to prevent state funds from going to any business partner that refused to sign an agreement — a pledge of allegiance, really — to support Israel, a strategic U.S. ally, and renounce the “BDS movement,” or “Boycott, Divest and Sanction” political lobby.

Though Leveritt didn’t have a position on the Middle East conflict, and his news outlet never even published an op-ed on the topic, the Arkansas law fractured a long-time and mutually beneficial relationship the news publisher had with the University of Arkansas system, a frequent advertiser. 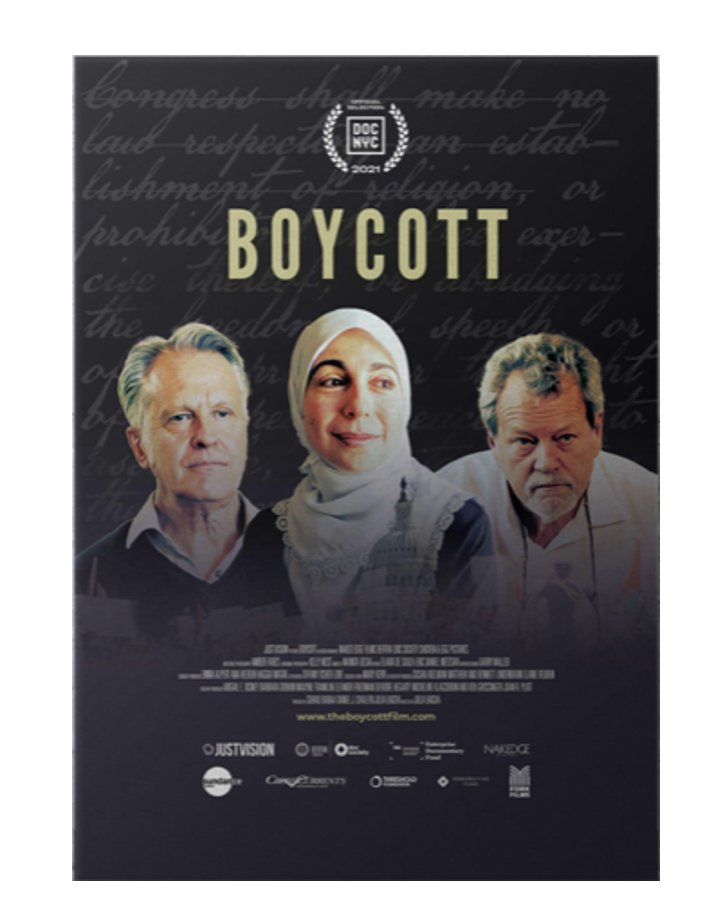 Because Leveritt saw the “pledge” as a no-brainer First Amendment violation and refused to sign it, the University of Arkansas yanked its ad spend. It sparked a lawsuit mounted by the ACLU against the state and became one of the subjects of the new documentary, “Boycott,” directed by award-winning filmmaker Julia Bacha. The film tracks the lobby behind anti-BDS legislation and follows several legal cases challenging state laws.

Since 2015, more than 30 U.S. states have introduced legislation that penalizes business partners for boycotting Israel over its foreign policies and land disputes with the Palestinian people, or even for lack of opinion or position. To do business with these 33 states, a contractor must execute a pledge agreement that renounces the BDS movement. If you don't sign on, you don't get to do business with the state. 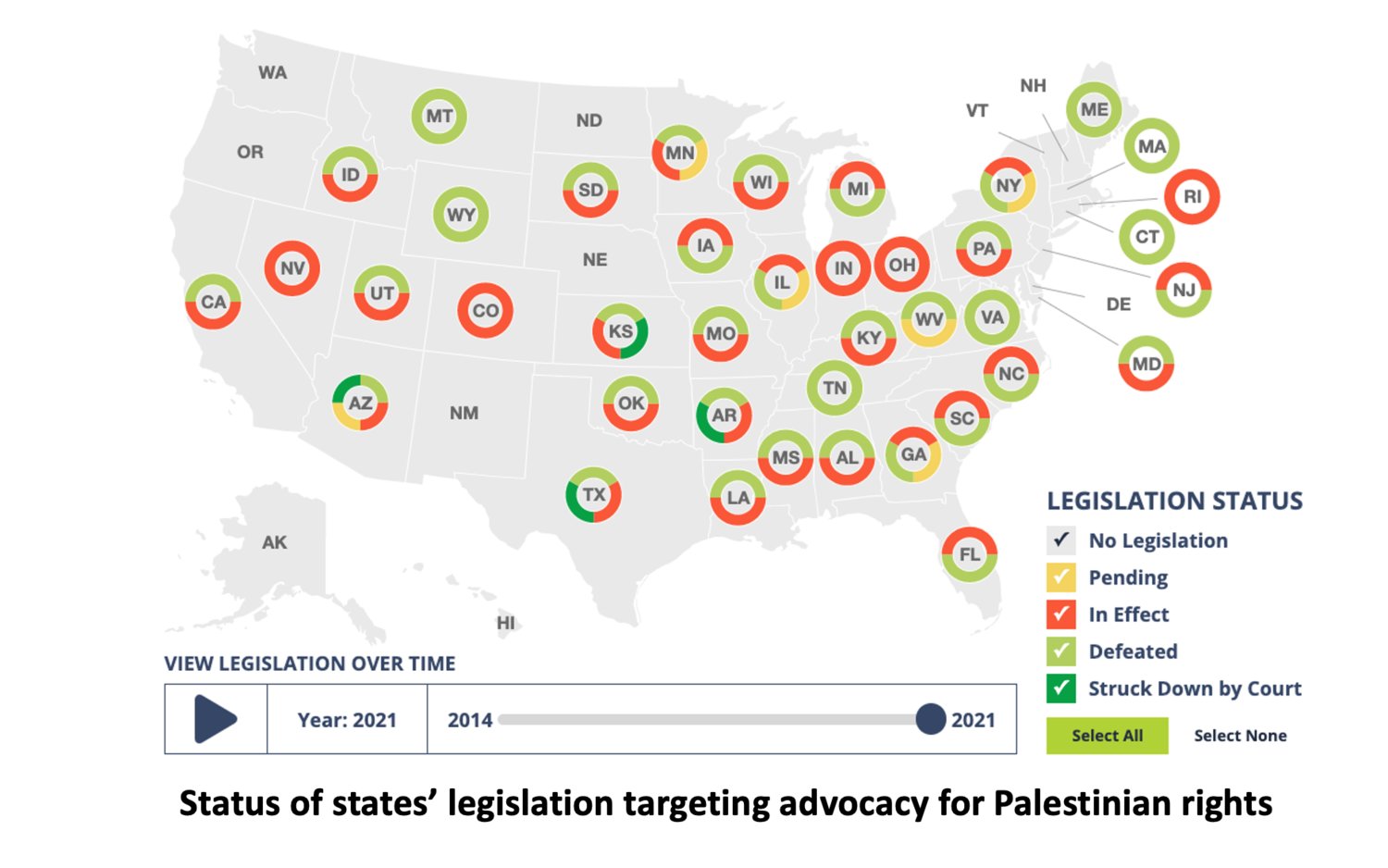 This might seem a cut-and-dry case, a clear violation of the First Amendment and a threat to liberty; after all, it’s a fairly unambiguous way for the government to quash free speech and impose a political edict on its citizens.

But the states have been emboldened by powerful lobbyists, especially religious affiliations, as well as members of Congress, who have introduced anti-BDS bills.

In 2018, Senators Ben Cardin, a Democrat from Maryland, and Rob Portman, a Republican representing Ohio, had to revise their co-sponsored Israel Anti-Boycott Act, when it was panned as being a too-overt attack on the First Amendment. 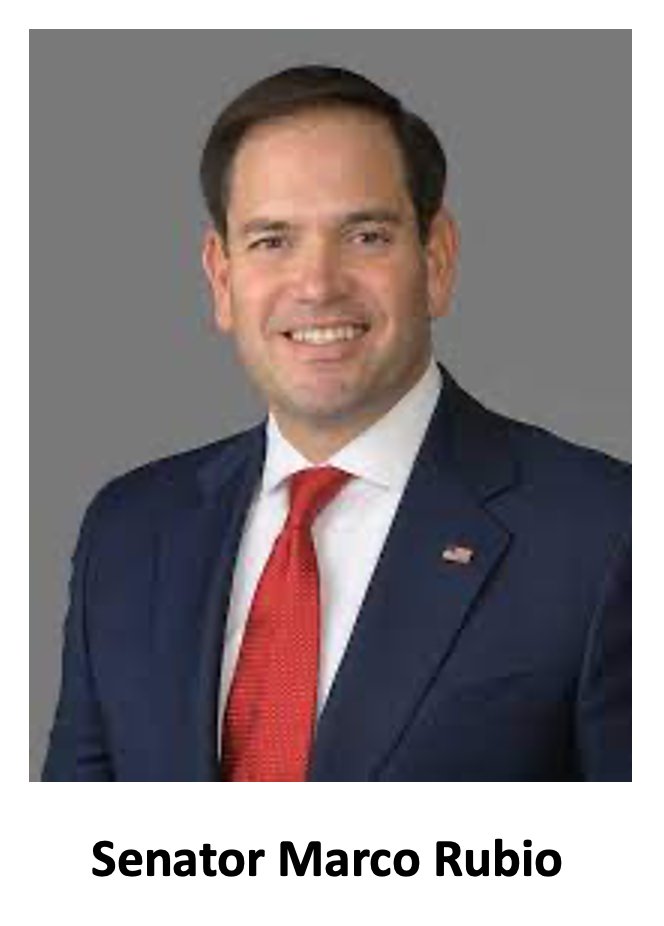 In June 2021, Senators Marco Rubio and Joe Manchin introduced bipartisan legislation that would seemingly codify the states’ implementation of anti-BDS laws; that shouldn’t be mistaken for objection to the laws themselves. It’s called the “Combatting BDS Act of 2021.”

Senator Rubio spoke with JewishInsider.com by way of statement, expounding on his position: “Amid a rising tide of anti-Semitism, it’s critical that we stand shoulder to shoulder with our closest democratic ally in the Middle East. This bipartisan bill, which previously passed the Senate, would make an important step toward bringing an end to the BDS movement’s discriminatory efforts.”

At the state level, the impacts of these laws are felt throughout the entire business community, from big government contractors to small businesses alike, which are required to adopt a political position — in this case, as it relates to a Middle East dispute. Still, the language could be and is being adopted for other special interests, as well.

What if Massachusetts required businesses to sign a pledge affirming Planned Parenthood and taxing its opponents, he posited.

In Arkansas, enforcement of the anti-boycott law didn’t happen immediately. Leveritt said it wasn't policed and that most businesses and state agencies just went right on as they always had. But the University of Arkansas followed the law to the letter and cut off their ad spending with the Arkansas Times because Leveritt hadn’t signed the pledge.

Enter Brian Hauss, senior staff attorney with the ACLU. He filed suit against the state on the Arkansas Times' behalf. The case has worked its way through the courts for two years, and Julia Bacha’s "Boycott" takes viewers behind the scenes of this and other court challenges to anti-BDS laws.

When E&P Reports spoke to Leveritt, Hauss and “Boycott” director Julia Bacha on December 1, 2021, the Arkansas law was still standing. The news organization was levied a 20% tax on every ad published for state government or a state agency. “I have to tip the State 20%,” Leveritt said.

The Arkansas Times is just one business subjected to the state's anti-BDS law. Imagine all the large contractors and small companies that have relationships with the state and state-run organizations.

The impact is exponential.

But in the case of a news publisher, it's an especially egregious overreach because the American people are Constitutionally bequeathed a Right to a Free Press.

Leveritt said he knows of cases where news organizations have bowed to similar state laws, willingly signing pledges like the one he still won’t sign.

He pondered whether pledge-making newsrooms will be inclined to publish editorial content in the future that could be seen as critical of foreign policy, the NRA or Big Gas & Oil. Who will be the watchdog then? Who will hold power to account if their very livelihood depends on keeping the statehouse happy?

If your news business operates in a state that enacted similar legislation — or if your company has executed agreements of this kind — we'd like to hear from you. Email editor@editorandpublisher.com or respond by going to editorandpublisher.com and choosing "Submit Content Ideas" at the top of the page.